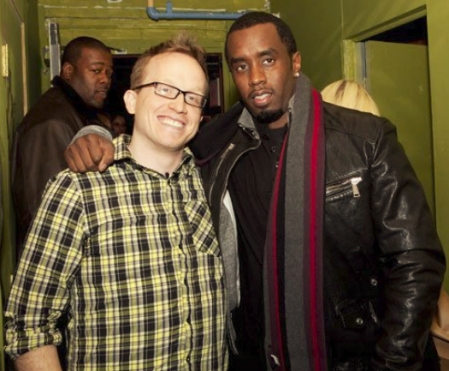 7:00 pm ($5): Any show ballsy enough to begin its description with “Have you ever loved a mop? Susan-Kate Heaney has…” is worth exploring. This one-woman show is happening at The PIT: Confessions of a Mop-oholic

7:00 pm ($5): Duo improv from team Snazzle Dazzle; and improv revolving around “the anticipation, the fall-out, that fragile moment when love blooms or dies” in Double Date

7:00 pm & 9:30 pm (no cover, 1-item min.): The perfect show for short attention spans—open-mic stand-up with 4½ minutes per set and 25 comics crammed into 2½ hours—with an early show hosted by Sean Donnelly & Blaine Perry at 7:00 pm, and an entirely different group of stand-ups hosted by Dan Cartwright & Dave Greek at 9:30 pm—at the Luca Lounge (222 Avenue B off 14th Street) for John Morrison’s Motel Luca

9:30 pm ($5): “A drama written by teen Jerome McDonough that teaches teens about the evils of alcohol abuse. A talented and twistedly funny group of adults (the Marumsco Valley Players) will present the hard-hitting play, stage directions and all, while under the influence: Alky

[TOP PICK] [FREE] 11:00 pm: Some of the finest comics in the world—who haven’t been announced yet, but you can check for updates by clicking here—hosted by the wonderful Leo Allen (HBO, Saturday Night Live, Conan O’Brien, Comedy Central) at Whiplash

This entry was posted on Monday, June 13th, 2011 at 1:58 pm and is filed under Best New York Live Comedy Shows. You can follow any responses to this entry through the RSS 2.0 feed. You can leave a response, or trackback from your own site.