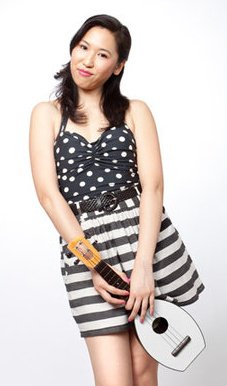 [TOP PICK] 7:30 pm ($5): At this UCB East improv double-bill, first ace all-gal troupe Doppelganger makes up scenes based around audience tattoos in Doppelganger Gets Inked; and then Sandino—which includes Don Fanelli, Brandon Gulya, and Kate Riley—interviews an audience member about some puzzle and then acts out scenes providing an unexpected answer: Sandino: Unsolved Mysteries

…plus in the other half of this double-bill, “Matt Hobby & Mary Grill have a love deeper than one thousand really deep oceans. Through storytelling and sketch comedy, Matt & Mary show you the characters who helped them on their journey from fiancés to newlyweds:” Tying the Knot

8:00 pm-MIdnight ($7 for the entire evening): The Magnet house troupes The Boss, Hello Laser, Junior Varsity, and Phooka performing improv for two hours, followed at 10:00 pm by Rick Andrews directing The Weave (organic freeform improv “with no rules”), and then at 11:00 improv competition Inspirado (like UCBT’s Cage Match, but with a game-like challenge component), featuring last week’s winner against another talented improv troupe: The Magnet’s Night Out

[TOP PICK] 9:30 pm ($5): Jen Kwok (Comedy Central, MTV, Date an Asian) performs songs, stories, and sketches while backed by The Balls, her “brave and hairy band” in Kwok & The Balls; and in the other half of this double-bill at The PIT upstairs theatre, Tim Girrbach & Rodney Umble perform comedic hip-hop as duo Squirm & Germ

[TOP PICK] 11:00 pm ($5): Improv troupe Good Dad, comprised of such superstars as Neil Casey, Fran Gillespie, and Jon Gabrus, triumphed over The Brothers Hines last week, but Will & Kevin put up a valiant fight; the final score was 113-81. Tonight Good Dad will try to not trip over Greasy Lake as these two teams compete for audience laughs and votes at UCB Chelsea for the raucous Cage Match

This entry was posted on Thursday, August 30th, 2012 at 2:11 pm and is filed under Best New York Live Comedy Shows. You can follow any responses to this entry through the RSS 2.0 feed. You can leave a response, or trackback from your own site.