UCB East adds a new weekend improv group, which will run every Saturday at 10:00 pm—the award-winning What I Did For Love… 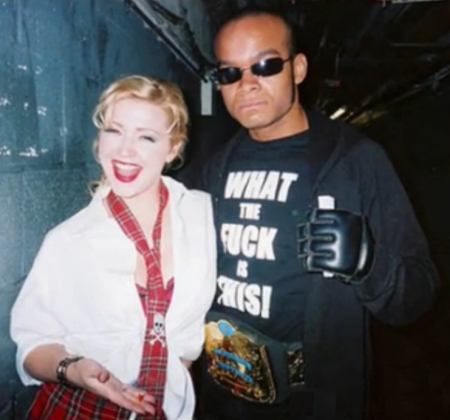 [FREE] 6:00 pm: “A monthly show that you control. Your suggestions, blurt-outs, and whatever else you feel like doing or saying will guide us through an hour of good times” at The Creek upstairs theatre in Queens’ Long Island City: YBTHR

7:00 pm ($5): Improv troupes not affiliated with any comedy school compete at UCB East for audience laughs and votes—and the privilege to go on to perform at the primary Cage Match show at UCB Chelsea—in this show hosted by the delightful Amey Goerlich & Ryan Karels (Krompf): Indie Cage Match

7:30 pm ($7): Sharp Magnet improvisors “perform organic freeform improvisation in two mind-blowing parts; the only rule is that there are no rules:” The Weave

[$] 9:30 pm ($15): “A cabaret of darkly funny songs and topical sketch comedy about culture and politics,” following sold out shows at Joe’s Pub and now enjoying a long run at The PIT upstairs theatre: Political Subversities

[TOP PICK] 10:00 pm ($10): UCBT Artistic Director Nate Dern, Zhubin Parang (writer for The Daily Show), Tracey Wigfield (writer for 30 Rock), Michael Kayne (Baby Wants Candy, Diamond Lion), and more form an improv troupe at UCB Chelsea that won this year’s prestigious Cage Match championship by springboarding scenes off interviewing an audience member about his or her love life: What I Did For Love

10:00 pm ($8): Improvisors make up a Quentin Tarantino movie at The PIT downstairs lounge—”If you like Grindhouse, Kung Fu, Spaghetti Western, Noir, and the entire 1970s, you’ll want to check out:” The Tarantino

11:00 pm ($8): A sketch/variety show at The PIT upstairs theatre operating from a fun dark premise: “When Vincent Welles died and went to Hell, he soon found out his punishment was to host a variety talk show for all eternity in the fiery underworld. Join Vincent as he, along with his demonic producers and werewolf sidekick Warren Talbot, host special guests and surprises:” Welcome to Hell with Vincent Welles

[TOP PICK] Midnight ($5): “For over seven years, you have been able to count on the UCBW to bring you hot comedy wrestling action each and every Thursday night at Cage Match. For an unprecedented eighth year, UCBW will present its signature show—the grandpappy of ’em all—WrestleSlamMania VIII! Rivalries have been brewing, and everything will come to a full boil when the full roster of UCBW MegaStars appears in the squared circle! Hilarious real wrestling matches live! Get your tickets NOW! Only 14,000 seats available!:” WrestleSlamMania VIII