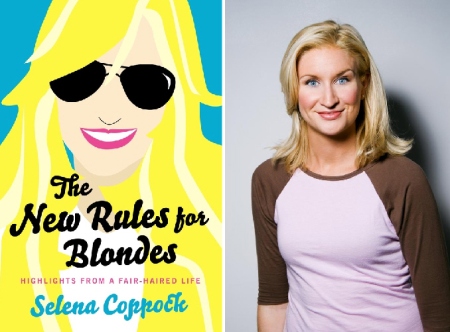 6:30 pm ($5): Two shows I know nothing about audition for a spot on the schedule of the prestigious UCB Chelsea stage—Aaron & Brian Present Erik Dies, You’re Stupid And We Hate You and Why We Broke Up: Spank

[TOP PICK] 8:00 pm ($5): An impressive sketch double-bill at UCB Chelsea for just five bucks. First up is four-gal comedy group Georgie Aldaco, Danielle Gibson, Viviana Olen, and Katie Simon performing a series of surreal sketches that are both unsettling and charged with comedic energy. A long bit about a mother threatening to do something surprising to her husband and son is an instant classic (when you see it, you’ll have no doubt what sketch I’m talking about…). The show could be greatly improved with periodic nuanced emotion to create a roller coaster effect—right now the audience is hit with surface shock after shock, which after a while desensitizes and loses impact—but if you’re open to the purity of conceptual comedy that challenges your sanity, you’ll enjoy Former Business Partners: Everything Must Go…

…and in the second half of this double-treat, “all of the badass-ness of a baddass action film brought to you live on stage” by some of UCBT’s finest talents: Brandon Gulya (writer/co-star), Brandon Scott Jones, Leslie Meisel, Kristen Acimovic, Eddie Dunn, Tim Martin, and Evan Greenspoon (co-writer) in a sketch comedy that proclaims “First they broke his town. Then they broke his heart. But there’s one thing they’ll never break—his gun!” I haven’t yet caught this, but it sounds great: The Unbreakable Gun

8:00 pm-MIdnight ($7 for the entire evening): The Magnet house troupes The Boss, Junior Varsity, The Wrath, and Hello Laser performing improv for two hours, followed at 10:00 pm by The Sleepover (long form improv with elements of monoscene, deconstruction, and La Ronde), and then at 11:00 improv competition Inspirado (like UCBT’s Cage Match, but with a game-like challenge component): The Magnet’s Night Out

9:30 pm ($5): If you’re a fan of CollegeHumor.com, you can see the folks behind it plus like-minded comics on the UCB Chelsea stage—tonight including Abbi Crutchfield (Broad City), Dan Gurewitch, and Jake & Amir: CollegeHumor Live

[TOP PICK] 11:00 pm ($5): I missed last week’s show so don’t know exactly what happened, but somehow star Improv troupe The Law Firm not only defeated but crushed fellow star improv troupe The Stepfathers by a decisive vote tally of 106-49. Odds are the litigators will extract all the blood tonight from challenger Bloody Mary—but you can never tell what will happen at UCB Chelsea when improvisors compete for your laughs and votes at the raucous Cage Match