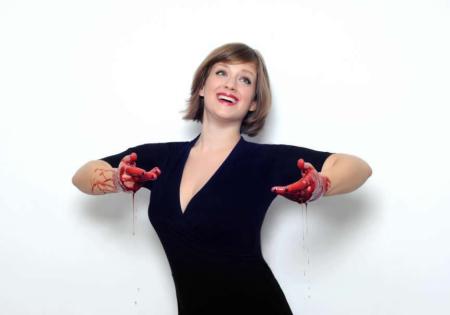 [TOP PICK] 7:00 pm ($8): The wonderful Anna Drezen mixes the moves of a dancer with absurdist sketch comedy about “lonely cannibals, clingy ghost roomies, manic pixie devil worshipers, and other adorable stains-on-society who just want to make a friend” in this one-woman extravaganza at The PIT upstairs theatre: Spooky Jerks

7:00 pm ($8): An improvised musical made up on the spot at The PIT downstairs lounge by  The Shady Bunch

[FREE] 7:00 pm: Open-mic stand-up, with 3 minutes per comic (unless not many folks show up, in which case there’ll be more time), with names drawn out of a bucket at UCB East in the bar area (“Hot Chicks Room”) hosted by Nate Dern, Sarah Tollemache, and/or Paul Oddo: The Friday Night Hot Chicks Mic

[TOP PICK] 7:30 pm ($10): Stone Cold Fox is the only sketch troupe (vs. improv troupe) to ever be honored with an ongoing spot on the prestigious UCB Chelsea weekend schedule. It’s earned this slot because its cast is superb: Brandon Scott Jones, Molly Lloyd, John Murray, Leslie Meisel, Connor Ratliff, and Johnathan Fernandez. I haven’t yet seen this latest show which debuted recently, but will soon; among its writers are the delightful Silvija Ozols, and Brandon Gulya…who also directed: Stone Cold Fox: Hey, Look Over Here!

10:00 pm ($10): Singing improvisors at The Magnet using an interview with an audience member to craft The Made-Up Musical

11:30 pm ($5): “The only play ever written for cats” at The Magnet theatre; plus in the other half of this sketch comedy double-bill, “No matter what the circumstances, laughter will fix any problem. Guaranteed:” Cat Show and Good News!