For my report on the Del Close Marathon, please click here 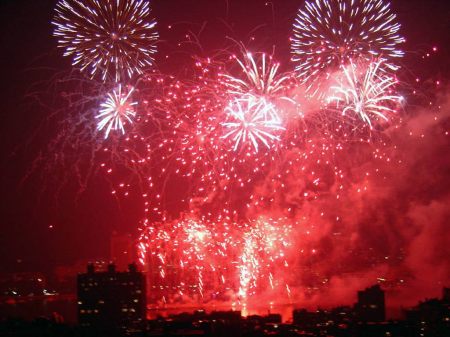 Most of the usual suspects are closed tonight, but there’s an improv mini-festival at The PIT, stand-up at Eastville and Comedy Cellar, and (assuming its Web site is accurate) business as usual at The Creek.

Noon-1:00 am ($5 per hour, $20 for the whole evening): Over 12 hours of improv shows at both The PIT upstairs theatre and downstairs lounge, featuring 48 PIT house teams and indie groups adding up to 24 shows: The 3rd Annual PIT Indie-Pendence Day Improv Festival

[TOP PICK] [$] [DISCOUNTED] 9:00 pm (FREE TICKETS if you reserve in advance by calling (212) 260-2445 and mention HyReviews.com, but there’s still a 2-drink min. per person): Judah Friedlander (one of the quickest minds in comedy; 30 Rock, Meet the Parents, Along Came Polly, author of How to Beat Up Anybody), Nikki Glaser (co-star of MTV’s The Nikki and Sara Show; Conan O’Brien, Jay Leno, Last Comic Standing, Comedy Central Half Hour; podcast You Had to Be There), and more performing at the only comedy club in the East Village: Eastville Comedy Club