Catch a new The Jeselnik Offensive 10:30 on Comedy Central. 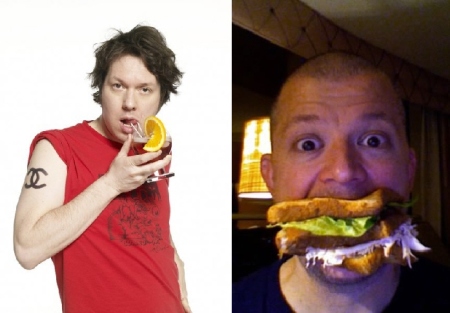 Dave Hill and Jim Norton are among the guests at a radio show taping hosted by Tom Papa at the Village Underground: “Come to Papa”

7:30 pm-9:15 pm ($5): Long form improv known as The Harold from UCB Chelsea house groups Sherlock & Cookies, The Regulars, and GoodGirl at this first half of Harold Night

[TOP PICK] 8:00 pm ($10 at the door, $12.75 in advance online; the latter is recommended as this show often sells out): “Five stories from people who science has brought close to death, whether they were being rocked by storms on the Mariana Trench, facing danger in the lab, or coming as close to death as one can ever get by actually dying,” with the storytellers Brad Lawrence (Moth GrandSlam Champion), Aditi Nadkarni (cancer researcher), Eliza Strickland (journalist), Matthew Dicks (writer), and Saswato R Das (science & technology writer) performing at Union Hall (702 Union Street) hosted by Ben Lillie & Erin Barker: The Story Collider: Close to Death

9:15 pm-Midnight ($5): Long form improv known as The Harold from UCB Chelsea house groups Big Margaret, Graceland, and Grammer at this second half (continued from 7:30 pm) of Harold Night

9:30 pm ($5): A Shakespearean-themed comedy show to celebrate the release of a Romeo and Juliet novel by author and UCB comic Melinda Taub at UCB East for one night only: Still Star-Crossed

9:30 pm ($8): Improvisor Laura Westman interviews audience members and then constructs life coaching sessions for them on the spot at The PIT upstairs theatre: Get Your Sh*t Together

[TOP PICK] [FREE] 7:00 pm: This weekly 2-hour open-mic storytelling show allows each performer a full 8 minutes to tell a compelling and funny tale at Queens LIC’s The Creek downstairs lounge, with a guest co-host (not announced this week) and host Jake Hart: The Dump