It’s a big TV comedy night, with the return of The Pete Holmes Show and the debut of Late Night with Seth Meyers

The Office’s Zach Woods is among the TV, Broadway, and improv stars at Gravid Water… 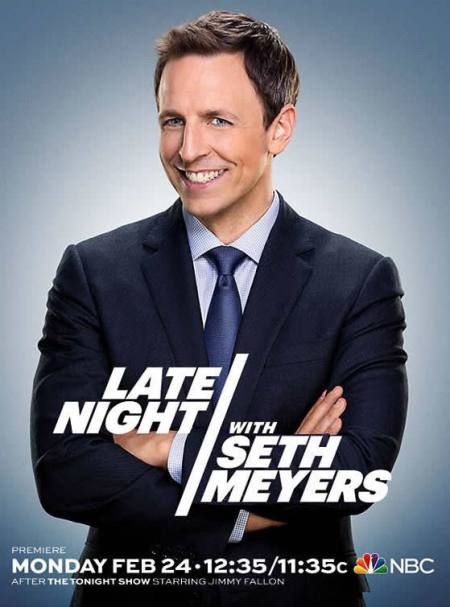 …and 12:35 am on NBC following Jimmy Fallon is the debut of Late Night with Seth Meyers

[TOP PICK] 9:30 pm ($10): Great lineup of Abbi Jacobson (co-star of Comedy Central’s Broad City) and Anthony Atamanuik (30 Rock, Conan O’Brien, Huffington Post, Death by Roo Roo, The Nights of Our Lives, The Tony and Johnny Show) tell tales about this month’s theme of School, and then hosts Anna Roisman & Katie Haller sing songs they’ve written pre-show about those stories, at The PIT upstairs theatre: You Probably Think This Song Is About You

[FREE] 10:00 pm: A monthly stand-up show covering “UrbanAlternative comedy, with a mix of comedians calling out the absurd facets of dealing with life in the concrete jungle” at The Creek upstairs theatre in Queens’ Long Island City hosted by Tiana Miller & Dee Marie: Gentrification

11:00 pm ($3; sign up here): If you’re an audience member who loves stand-up, Monday at 11 should be Whiplash! night. If you’re a comic who couldn’t get booked on UCBT’s all-star show, though, you can opt to instead practice your skills via a 5-minute set at this stand-up open-mic at The PIT upstairs theatre hosted by Lorelei Ramirez: Sharing Time With Your Host Mom