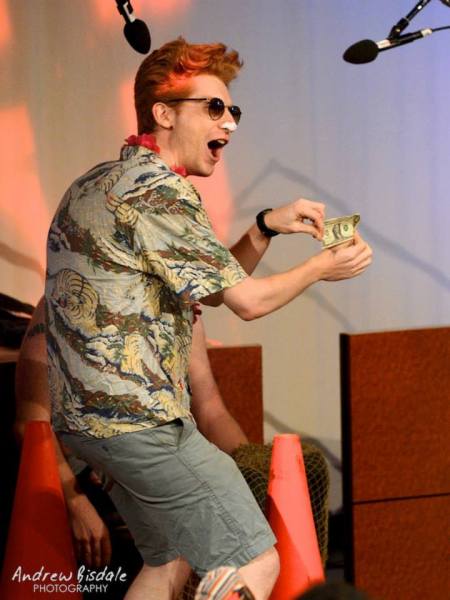 …and Judah Friedlander performs at the 8:00 pm and 10:00 pm editions of The Stand

8:00 pm ($10): A freestyle rapping long-form improv troupe takes the stage for nearly an hour at The PITdownstairs lounge: North Coast

[FREE] 8:00 pm: This show-and-tell event encourages you to “bring your weird family photos, demonstrate how many flips you can do in a row, reveal the tattoo your uncle gave you at last year’s family retreat—share anything crazy, kooky, strange or insane; the best of the best will win prizes and bragging rights,” plus stand-up from Andy Rocco, Lukas Kaiser, Lynn Bixenspan, Drew Michael, and Ross Parsons, all at Brooklyn’s Over the Eight(594 Union Ave) produced by Lukas Kaiser and hosted by Ian Fidance: Showcasey Jones

[FREE] 8:00 pm: Stand-up, sketches, and music for this variety show at Queens LIC’s The Creek upstairs theatre:Take It Or Leave It

[TOP PICK] [$] 9:30 pm ($12): “Musical sketch comedy that skewers and dissects pop culture one roll of the dice at at time” at The PIT upstairs theatre: Pop Roulette

11:00 pm ($10): An award-winning troupe that combines sketch, musical comedy, puppetry, and dance performs a show about sideshow freaks at The PIT downstairs lounge: City Hall: The Inside Sideshow Show