TV Alert: Nathan Lane and Kristen Schaal are on Seth Meyers (repeated from 3/30) 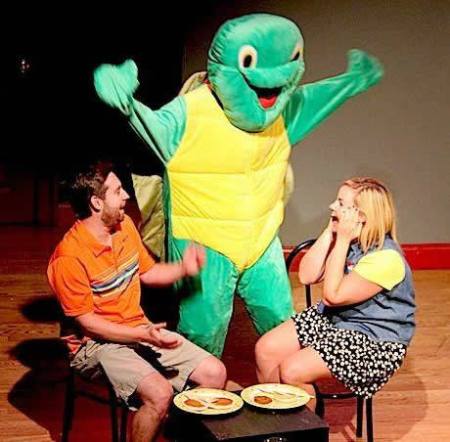 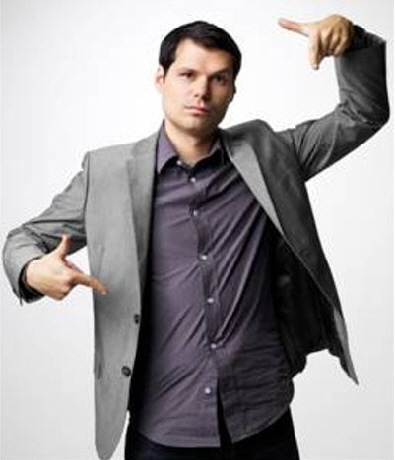 …and Michael Ian Black headlines tonight through Sunday at Carolines

7:00 pm ($10): Two improv groups each make up a musical on the spot at The PIT upstairs theatre: [title of team] and Royals

7:00 pm ($5): Three improv teams compete in this cutthroat battle for laughs. What’s different about this cage match is it’s judged by a dog. Every week features a new human guest judge—whose opinion doesn’t really matter—and a guest canine judge who will actually decide the fates of everyone based on which bowl this dog goes to first. It all happens at Brooklyn’s The Annoyance Theatre (367 Bedford Avenue; take J/M/Z to Marcy Avenue or L to Lorimer Street): Dog Fight

7:00 pm ($10): The Magnet theatre hands out its annual awards to its own performers at The Maggies

[TOP PICK] 7:30 ($5): Ace improvisors Shannon O’Neill and Tami Sagher team with guests to brilliantly make up scenes on the spot at the UCB Chelsea theatre: Tami and Shannon Have Friends

[MEGA-TOP PICK] [$] [DISCOUNTED] 8:00 pm ($11.54 online using code EINSTEIN, otherwise $20 at the door): A superb Back to the Future parody with songs and special effects live on stage. The show starts out too slowly in the present time, but becomes quite fun once Marty travels to the past; and by Act 2 it’s a hilarious romp that I highly recommend. The show is by Christopher W. Barnes (book), Ryan Mercy (music) and Christopher W. Barnes (lyrics), produced by Ronny Pascale, and featuring a cast of over a dozen comics performing at The PIT upstairs theatre:That 80s Time Travel Movie: The UNAUTHORIZED! Musical Parody

8:00 pm ($8): “Long, long ago, by the banks of the river Marinara, where breadstick trees grew in unlimited amounts, in the steamy valley of mozzarella, there was a sleepy little hamlet known as the town of pizza. And the people of this town were a simple, smiling folk, who loved soft drinks, and arcade games, and maintained a friendly family atmosphere. Oh, they were an eclectic bunch: a mayor with a gluttonous lust for power; a bum who tasted glory but lost it all; a fisherman desperate for one last bite. But in one house lived a man who was…a little different” at Brooklyn’s The Annoyance Theatre (367 Bedford Avenue; take J/M/Z to Marcy Avenue or L to Lorimer Street): Slice of Life

[TOP PICK] 9:00 pm ($10): Cipha Sounds (Hot 97, Chappelle’s Show) thought it would be cool if a hip-hop star told tales and then improvisors made up scenes based on them. This monthly show is the result, with a “secret” music celebrity—who tonight is Erica Mena (Love and Hip Hop)—”mesmerizing the crowd with amazing stories and linguistic darts to spark the creativity of some of the best improvisers in NYC,” the latter being Anthony Atamanuik, Natasha Rothwell, Brandon Gardner, Lydia Hensler, Christian Capozzoli, and/or Shaun Diston at the UCB Easttheatre: Take It Personal: The Hip-Hip Improv Show

9:30 pm ($10): Eight stand-ups compete for laughs by telling jokes on topics handed to them just this morning atThe PIT downstairs lounge refereed by Jenn Welch & Will Neville: The Stand-Up Showdown

[FREE] 10:00 pm: A show about pop culture, plus its signature “eat all the things” show in which performers eat things on stage. “The honey badger is a fearless animal and we at HBB produce burlesque that is fresh, funny, and fearless” at The Creek upstairs theatre in Queens’ Long Island City created by Charles Stunning & Cheri Cola: Honey Badger Burlesque

[TOP PICK] [FREE] Midnight: Pot stand-up from “highly talented comics who have been highly recommended from people who are thought highly of in the business. Oh, and they’ll be high” at Queens LIC’s The Creek upstairs theatre hosted by Clayton English & Noah Gardenswartz: High Five