Half-price tickets for It’s Only a Play, Big Dummy,
A Gentleman’s Guide to Love & Murder, and much more via Goldstar 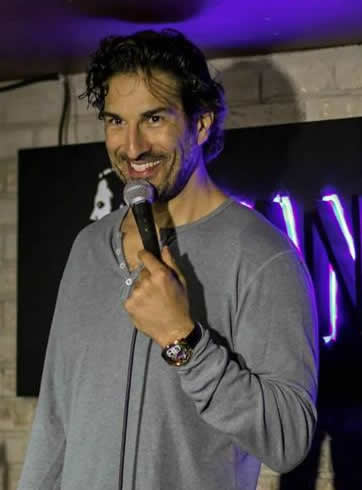 …and if you enjoy improvising, go to one of the most fun open stages in NYC hosted by comedy dynamo Tracy Mull: Sunday School Short-Form Jam

[$] 1:00 pm ($30): A 3-part series presented back-to-back—and probably running over four hours—that tries to capture the spirit of anime such as Dragon Ball Z on stage…with limited success. The costumes are fun, the cast is cute (especially lead Madeleine Bundy, whose musical theatre voice is the best “special effect” in the show), but the script is too often flat, arbitrary, and juvenile, making it almost impossible to care about anything that happens, while genuine top anime is much more nuanced and gripping. On top of that, the playwright also appears to mistakenly equate “annoying” with “entertaining”—which helps explain why he wrote himself one of the most gratingly irritating characters in the show. That said, Part 2 is an improvement over Part 1, largely thanks to the addition of Asia Kate Dillon as a charismatic female warrior. As for Part 3, I haven’t seen it, so there’s always a chance it gets way better by the end… While I can’t recommend this as art, at minimum it’s interesting as novelty theatre at The PIT upstairs theatre: Kapow-i GoGo

[FREE] 8:00 pm: A mix of stand-up, improv, and theatre at The Creek upstairs theatre in Queens’ Long Island City: A Night With Phantasm

[TOP PICK] 9:30 pm ($5): Superb improvisors and guest improv groups join host Skycopter (which includes the incredible David Carl) to make up one-act plays on the spot at The PIT downstairs lounge: Act One

[TOP PICK] [ALMOST FREE] 5:00 pm ($1): The spectacular Tracy Mull loves short-form improv games with a passion, and so is the perfect host for this jam that lets audience members—including you—put their names in a bucket. Tracy will then repeatedly pull out a name and a game and facilitate improv magic at The PIT upstairs theatre:Sunday School Short-Form Jam