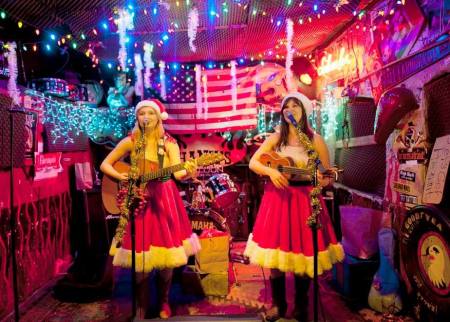 7:00 pm ($5): Improvisors make up scenes with the lights turned off, using everyday objects to add layers of sound—like a radio play created on the spot—at The PIT Loft (154 West 29th Street) : Dim-Prov: Improv in the Dark

8:00 pm ($5): “A big F you to Trump in the form of a comedic variety show. Improv, stand-up, flag burning (while we still can) and more” at The PIT upstairs theatre: F*ck Tr*mp Variety Show

8:00 pm ($5): Two groups of sketch comics compete for audience laughs and votes at The PIT Loft (154 West 29th Street), with the victor getting no prize but winning Bragging Rights

8:30 pm ($5): Musical improvisors (not announced) make up songs based on suggestions from the audience at The PIT downstairs lounge hosted by Melissa Gordon: Sing Your Truth

9:00 pm ($8): Stand-up & storytelling springboarding off topics tackled by The Ricki Lake Show—fat friends, two-timing traitorous tramps, and so on. Tonight’s theme is “You Were Fun, But Not Worth My Money, So For Christmas You’re Getting the Boot, Honey” with Maggie Champagne, Brendan Fitzgibbons, Gregory Joseph, and Chrissie Mayr performing at Astoria Queens’ QED: A Place to Show & Tell (27-16 23rd Avenue) hosted by Matt Smith McCormick: Go Ricki!

9:00 pm ($5): A one-man show by Paul Gutkowski exploring white privilege and the ramifications of a Trump presidency at The PIT Loft (154 West 29th Street): Get Woke White America

[TOP PICK] 9:30 pm ($5): The greatest science fiction anthology radio show of all time was X Minus One. Improvisors who know their genre history created this show in which they make up scenes of awe, mystery, and wonder at The PIT upstairs theatre—with an improvised musical opening act from the cast and Deniz Cordell on keys: X Plus One

7:30 pm ($6): A storytelling open mic, with those whose names are pulled from a hat getting 6 minutes on stage on this month’s topic So Long 2016, at Astoria Queens comedy venue QED: A Place to Show & Tell (27-16 23rd Avenue) hosted by Lori Baird: Talk Therapy Stories

[MEGA-TOP PICK] [$] [DISCOUNTED] 7:30 pm, or 4:30 pm on Sundays, through 1/8/17 ($28-$48; use code BBOX20 for discounts): Comedy genius Chris Gethard performs his superb one-man show about anger, depression, perseverance, and the healing power of laughter, seamlessly blending stand-up and storytelling in a way that creates a deep, poignant, and hilarious experience at The Lynn Redgrave Theater (45 Bleecker Street, right next to the #6 subway’s Bleecker Street stop): Chris Gethard: Career Suicide