Louis C.K. is performing his most recent Madison Square Garden show two more times, tonight and Friday at 8:00 pm. I saw this show thanks to Jason Zinoman’s New York Times review, and found Jason’s observations & insights to be spot-on. Louis managed the almost miraculous feat of delivering a vulnerable, intimate performance for 18,000 people, turning them into a single delighted group mind. It was masterful, reminding us of the heights stand-up can reach; and one of the best shows I ever expect to see. (Am hoping it gets turned into an HBO special; but even if that happens, there’s nothing quite like experiencing it live…) To nab tickets, please click here… 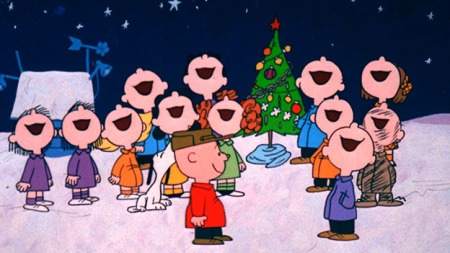 …or enjoy a glorious collection of hilarious clips and guest TV & movie experts hosted by super-fan Kevin Maher, this month focusing on the various ways TV has handled Xmas: Kevin Geeks Out About Holiday Specials (9:30 pm, $16 [buy in advance, as this show crammed with rich imagery and ideas usually sells out], Brooklyn’s Nitehawk Cinema at 136 Metropolitan Avenue; take the L to Bedford)

7:00 pm ($5): “Ella, a 29-year-old divorcee whose only ever slept with one man, wants nothing more than to recover from the pain of her broken marriage and find true love. Luckily, she’s got friends who won’t let that” in this play at The PIT Loft (154 West 29th Street): Swipe Left

[TOP PICK] 8:00 pm ($10): Comedic storytellers David Lawson (fresh, sharp, edgy storyteller; Solocom; host of The Astoria Bookshop Storytelling Show), Chrissie Mayr, Sean O’Brien, Adam Selbst, and Rebecca Rush tell about awful things they’ve done at Brooklyn’s Over the Eight (594 Union Ave) hosted by Jake Hart (host of The Dump) & Nick Padilla. Please note this is the last show at Over the Eight, as explained by Jake: “Some dumb bitch fell down and got her Manhattan lawyer dad to sue the bar we’ve called home for almost two years into bankruptcy! Yes, I know that’s a person we’d book on this show—fuck you; fuck them; fuck us:” Antagonist Storytelling Series (ASS)

8:00 pm ($5): A one-woman show by Helene Ellford that “explores the lives of women who are about to make it big…and once they do, they’ll show us all” at The PIT Loft (154 West 29th Street): Everybody Lied to You

[TOP PICK] 11:00 pm ($5): “Every month James Dwyer & Jackie Jennings spend too much time on a big, dumb idea for a show that they will perform once and then never again,” with tonight’s tagline Come Sit on Santa’s Lap at the UCB Chelsea theatre: A Big Dumb Thing

[FREE] 10:15 pm: Sign up at 5:45 pm for the opportunity to make up scenes at The Magnet with veteran improvisors: Magnet Mixer Wednesday

[FREE] 11:15 pm: Your opportunity to perform on the stage of UCB East with improv veterans at UCB East hosted by members of improv group Women & Men: Rotisserie Jam

[MEGA-TOP PICK] [$] [DISCOUNTED] 7:30 pm, or 4:30 pm on Sundays, through 1/8/17 ($28-$48; use code PBP30 through 12/17 for $33 tickets, or code BBOX20 anytime for discounts based on seat location): Comedy genius Chris Gethard performs a transcendently great one-man show about depression, perseverance, and the healing powers of laughter, love, and medication, seamlessly blending stand-up and storytelling in a way that creates a deep, poignant, and hilarious experience as wonderful as virtually anything currently playing on NYC stages—and that I’m guessing will end up as an HBO special, finally propelling Chris into the top tiers of show biz. Don’t miss this amazing show at The Lynn Redgrave Theater (45 Bleecker Street, right next to the #6 subway’s Bleecker Street stop): Chris Gethard: Career Suicide