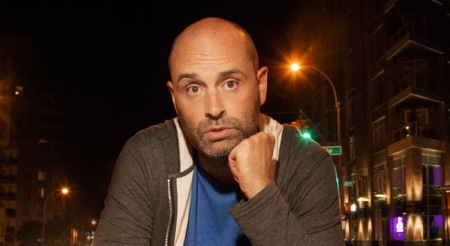 9:30 pm ($7): “Ever see J-Lo on T.V. or listen to a Ricky Martin song and wonder, ‘I wish I had more Puerto Rican friends? I have so many questions.’ Well, you’re in luck. We are having a big ass party and you are invited. We will be answering all your questions about La Isla Bonita, and there are going to be games like ‘Coquito or Cocotaso'” at the UCB Chelsea theatre hosted by Mariola Figueroa, Lou Gonzalez, and William Martinez: WEPA! Night of Hella Puerto Ricans

[TOP PICK] 11:00 pm ($5): James Dwyer & Jackie Jennings have written dozens of discarded ideas for shows on slips of paper and dumped them all into a bag. Every five minutes they’ll ask an audience member to reach in and pull an idea out, and will then perform it…as a five-minute show. Then they’ll repeat the cycle. Examples of rejected ideas include “Last Living Tae Bo Instructor Does a Workout” and “Hamilton The Musical—But It’s Different.” It all happens at the UCB Chelsea theatre: A Big Dumb Thing

This entry was posted on Wednesday, June 7th, 2017 at 11:13 am and is filed under Best New York Live Comedy Shows. You can follow any responses to this entry through the RSS 2.0 feed. You can leave a response, or trackback from your own site.