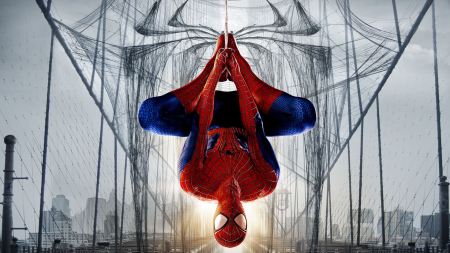 A spectacular collection of hilarious film & TV clips and guest pop culture experts hosted by super-fan Kevin Maher and friends focusing on one of the most iconic characters in comic book history (for a video teaser, please click here): Kevin Geeks Out About Spider-Man (9:30 pm, $16 [buying in advance is recommended, as this show crammed with rich imagery and ideas often sells out], Brooklyn’s Nitehawk Cinema at 136 Metropolitan Avenue; take the L to Bedford)

7:30 pm ($10): An interactive comedy game show in which contestants compete on spelling ability and the audience is invited to sabotage them, with Kyle Ayers (written for CBS, Comedy Central, TBS, BBC, The New York Times), Tom Cowell (Comedy Central), and a live band at Brooklyn’s Knitting Factory (361 Metropolitan Avenue): We Bee Spelling

8:30 pm ($7): Storytellers share tales of bad dates, and then improvisors create scenes that make those bad dates even worse at The PIT Underground hosted by Ryan Darden: Bad Date Theater

9:00 pm ($7): Improvisors select characters at random from a bucket and then make up scenes as those characters at The PIT Loft (154 West 29th Street): Characters Improv

9:30 ($7): A show in which over a dozen talented female improvisors parody all-gal opinion shows such as The View at the UCB Chelsea theatre: The Female Gaze

[TOP PICK] 10:15 pm ($5): Improvisors make up scenes about obsessions at the UCB East theatre: The Fix

[FREE] 11:15 pm: Your opportunity to perform on the stage of UCB East hosted by members of improv group Fluffty: Rotisserie Jam

This entry was posted on Wednesday, June 14th, 2017 at 10:47 am and is filed under Best New York Live Comedy Shows. You can follow any responses to this entry through the RSS 2.0 feed. You can leave a response, or trackback from your own site.