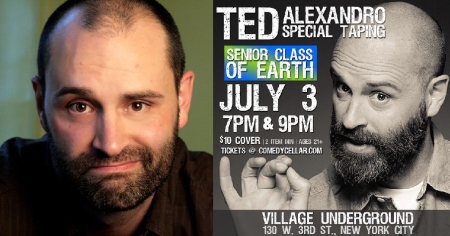 Ted Alexandro (one of the very finest stand-ups in the country; David Letterman, Conan O’Brien, Jimmy Kimmel, two Comedy Central Presents half-hour specials; comedy album I Did It; webseries Teachers Lounge; frequently opens for Louis C.K. and Jim Gaffigan) is taping his third stand-up special via two back-to-back shows in the West Village. Ted is a transcendently wonderful stand-up whose material ranges from politics to the human heart. Come help Ted out by letting him immortalize your laughter at Senior Class of Earth (7:00 pm or 9:00 pm, $10 plus 2-item min., Village Underground at 130 West 3rd Street)… 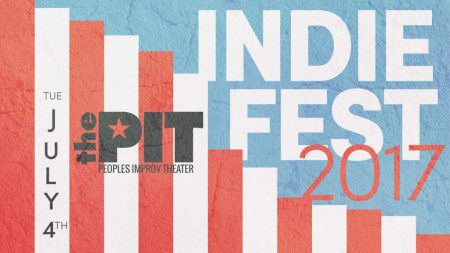 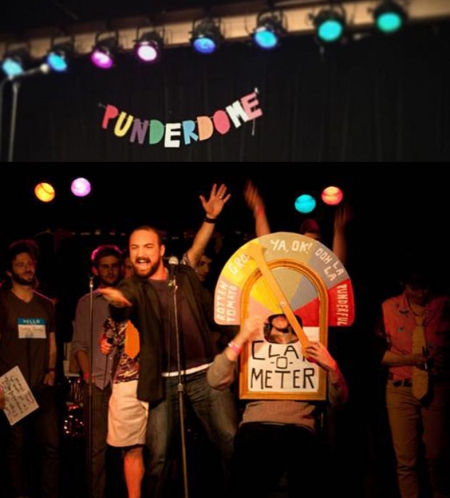 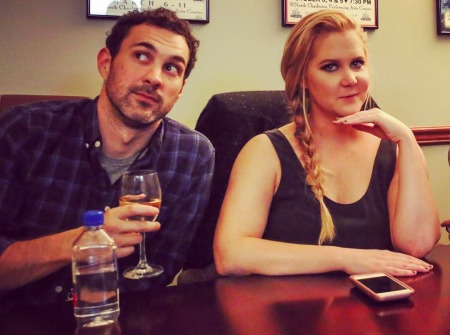 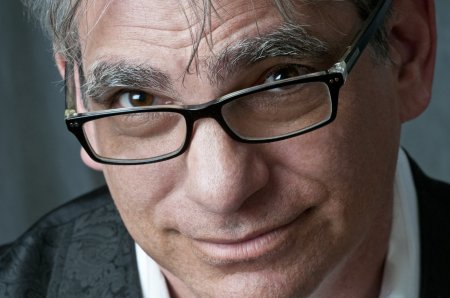 …and Dylan Brody (former writer for Jay Leno; FOX, A&E; author of novel Laughs Last; for samples of his comedy, please click please click here and here and here) blends storytelling and stand-up in a one-man show about his childhood and his working as a comic in LA. This show has toured internationally, and is being performed eight evenings at NYC’s The PIT during July—starting tonight: Dylan Brody’s Driving Hollywood (7:30 pm, $25, The PIT Underground at 123 East 24th Street)