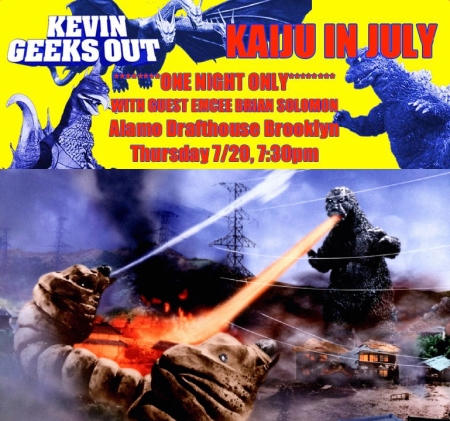 From my favorite monthly show, a spectacular collection of hilarious film & TV clips and guest pop culture experts hosted by super-fan Kevin Maher and guest co-host Brian Solomon (author of new book Godzilla FAQ: All That’s Left To Know About the King of the Monsters) focusing on Japanese-style creatures who are preposterously large (for a video teaser, please click here): Kevin Geeks Out About Kaiju (Giant Monsters) (7:30 pm, $15 [buying in advance is recommended, as this show crammed with rich imagery and ideas often sells out]; Brooklyn’s Alamo Drafthouse Cinema at 445 Albee Square West—take the 2/3 subway to Hoyt Street)…

…and a one-of-a-kind treasure of a comedy star, whose scores of credits include numerous appearances on David Letterman, Conan O’Brien, Jay Leno, Seth Meyers, @midnight, and Comedy Central Roasts—and who’s acted in the Robert DeNiro film The Comedian, such animated features as Aladdin and Lego Batman 3, Showtime’s Episodes, Comedy Central’s The Jim Gaffigan Show, classic documentary The Aristocrats, and brand new documentary Gilbert—headlines for one night only at Carolines: Gilbert Gottfried (7:30 pm, $27.25 plus 2-drink min., Carolines Comedy Club at 1626 Broadway)

…and speaking of storytelling, David Lawson tells fascinating tales about the three years he made his living handing out flyers in Times Square…while competing with a wide variety of unusual characters for the attention of tourists. This one-man show—which David is about to perform at festivals around the country—is funny, real, and recommended: Flyer Guy (7:30 pm, Free!, Offside Tavern at 137 West 14th Street)

Highly talented hip-hop improv group North Coast attempts to create a Hamilton on the spot by making up a musical based on an audience suggestion of a famous historical figure: Anybody— An Improvised Historical Hip-Hopera (9:30 pm, $15, The PIT Mainstage at 123 East 24th Street)… 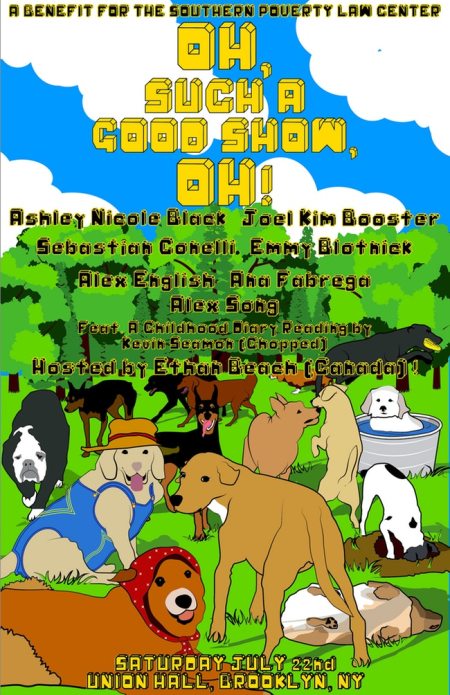 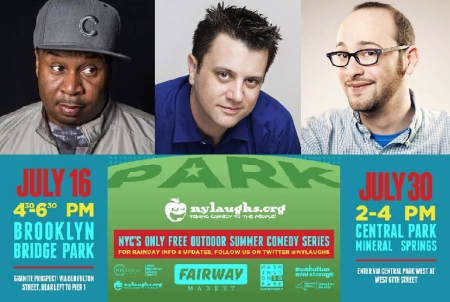