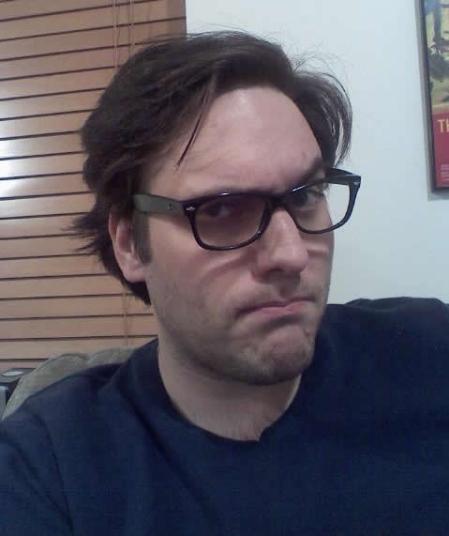 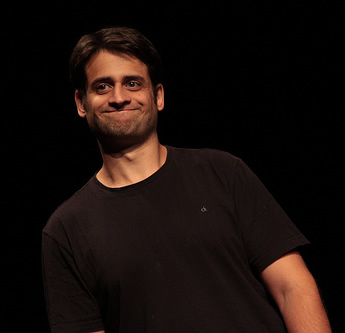 ...and Ed Herbstman pairs up with one top improvisor after another "until he shatters inside" at Marathon Man

[MEGA-TOP PICK] [$] 4:00 pm & 8:00 pm ($49.50): Mike Birbiglia performing a unique blend of stand-up and storytelling that’s one of the best theatrical shows in NYC. For my more detailed write-up, please click here; and then grab tickets at the Barrow Street Theatre (27 Barrow Street, just one block from the #1 subway’s Christopher Street stop) for Mike Birbiglia: My Girlfriend’s Boyfriend

7:30 pm ($7): Improv veterans Mark Grenier, Louis Kornfeld, and Charlie Whitcroft making up a play on the spot in Theory of Everything

[FREE—plus FREE BEER!] 8:00 pm: A variety show of stand-up, storytelling, and sketch that’s not only free, but promises to give each of the first 25 audience members who arrive a free beer! Unfortunately, the lineup hasn’t been announced; but if you’d care to take a chance, join hosts Ray Combs Jr., Evan Jacobs, and Aalap Patel as they provide you a drink On the House

[TOP PICK] [$] [DISCOUNTED] 10:00 pm ($15 both online and at the door using discount codeSBWC, otherwise $20): This top musical improv troupe has wowed audiences around the world with its skill at making up an hour-long musical moment by moment. The plot and characters, the musical accompaniment, even the song lyrics and the “choreography” are invented on the spot, with no pre-planned structure. Come see why BWC won a FringeNYC Award for Outstanding Unique Theatrical Event by catching tonight’s edition of Baby Wants Candy

[TOP PICK] 10:30 pm ($7): Improv genius Ed Herbstman is paired with one improv partner after another, “pulling Ed into a blood pit of mystery scenes and disturbing surprises. All the improvisers who matter will help disorient Ed from 10:30 until he shatters inside. One of you, the mere audience, will be picked to play a scene with this soon to be broken man. Who do you trust when you can’t trust yourself? Don’t answer that. That question was for Ed:” Marathon Man with Ed Herbstman

This entry was posted on Saturday, June 4th, 2011 at 11:05 am and is filed under Best New York Live Comedy Shows. You can follow any responses to this entry through the RSS 2.0 feed. You can leave a response, or trackback from your own site.