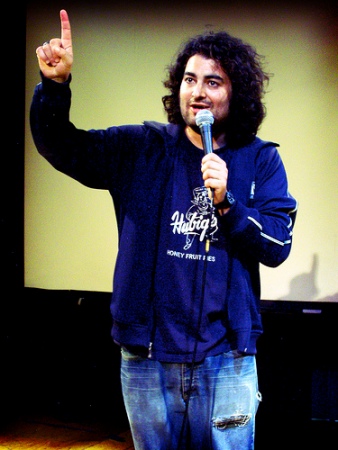 Sean Patton is back in town and performing at Pretty Good Friends... 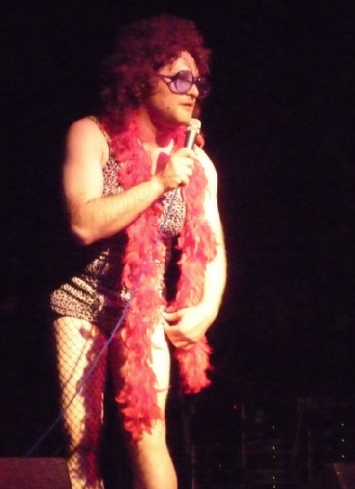 ...and James Adomian offers life advice at Here to Help

[TOP PICK] [$] [DISCOUNTED] 2:00 pm ($13.37 online): One of my all-time favorite theatre duos, Rachel Buethe & James Presson, have come out with a new play that updates Hedda Gabler to the world of network TV. It’s a fresh, ambitious work that pushes at the borders between art and reality, entertainment and meaning. And while it’s not a comedy—in some ways, it’s actually an anti-comedy—at its core is a sitcom. For my full review, please click here. If you’re open to something different, don’t miss the two-week run of this vibrant show at Walkerspace (46 Walker Street, near the Canal Street stops of the A/E/C/N/R/1/2/3/6 subways): Friends Don’t Let Friends

[TOP PICK] 6:00 pm ($5): James Adomian (hilarious, super-charged character comic/impressionist; finalist on most recent Last Comic Standing; Harold and Kumar 2), Anthony Atamanuik (30 Rock, Conan O’Brien, Huffington Post, Death by Roo Roo, The Nights of Our Lives, The Tony and Johnny Show), Zhubin Parang (The Daily Show), and Alan Starzinski (UCBT improv troupe Sandino) participate in “a weekly podcast that assembles a new panel of comedians and weird characters to give funny advice, or at the very least relate to the people’s problems with their own stories” at UCB East hosted by Andy Rocco: Here to Help

[FREE] 6:00 pm: At this monthly show, “three improv teams swap two performers each, pick a long-form style out of a hat, and then perform with their new rosters” at The Creek upstairs theatre in Queens’ Long Island City: Yankee Swap

7:30 pm ($5): Improv troupes not affiliated with any comedy school compete at UCB East for audience laughs and votes—and the privilege to go on to perform at the primary Cage Match show at UCB Chelsea—in this show hosted by the delightful Amey Goerlich & Ryan Karels (Krompf):Indie Cage Match

8:00 pm ($5): A troupe that performs a sketch show with an improv segment at the end directed byMagnet co-owner Armando Diaz: Dumbrowsky