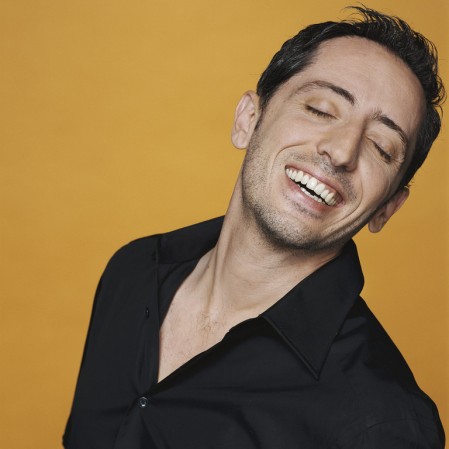 [MEGA-TOP PICK] [$] 7:00 pm ($20 at the door or $26.50 online using discount code DAISEY; no food/drink min.): Why is genius yarn-spinner Mike Daisey telling 29 new stories in a row (working off mere one-page outlines) in a 29-night, 44-hour monologue? Part of the answer appears near the start of Show #10: “I’ve always been willing to throw myself right off a cliff. It’s a beautiful feeling to know that below awaits the water or the rocks. When you’re suspended in that high arc above the brilliant blue, for a moment you are released, you are free…because you could live or die. I crave that.” If you crave seeing that, catch Mike live at Joe’s Pub (425 Lafayette Street, between East 4th Street & Astor Place); or experience this epic adventure at your convenience for FREE via iTunes: All the Faces of the Moon

[TOP PICK] 7:00 pm ($5): A screening of a new web comedy series about “an unlikely pair of vampire killers sanctioned by the Catholic church to hunt down bloodsucking co-eds—think The Odd Couple, but dangerous and with vampires, the way Neil Simon intended” created, written, and co-starring Andy Rocco (host of Underground Americana, producer of The Tony Show) at the UCB East theatre (which used to be an indie film theatre): Teenage Vampire Killers From Hell

7:00 pm ($8): Sketch comedy from group The Quanrudes that asks “Tuberculosis! Dysentery! Cholera! Typhoid fever! Is there any decade funnier than the 1850s?” at The PIT upstairs theatre: That 1850s Show

7:30 pm-9:15 pm ($5): Long form improv known as The Harold from UCB Chelsea house groups Big Margaret, Graceland, and Namaste at this first half of Harold Night

9:15 pm-Midnight ($5): Long form improv known as The Harold from UCB Chelsea house groups Sherlock & Cookies, The Regulars, and Bucky at this second half (continued from 7:30 pm) of Harold Night

[TOP PICK] [FREE] 8:00 pm: This weekly two-hour open-mic storytelling show allows each performer 8 minutes to tell a compelling and funny tale at Queens LIC’s The Creek downstairs lounge, with a guest co-host (not yet announced) and host Jake Hart: The Dump