TV Alert: Kathy Griffin is on Jimmy Kimmel;
Amy Schumer is on Ellen DeGeneres (repeated from 3/31) 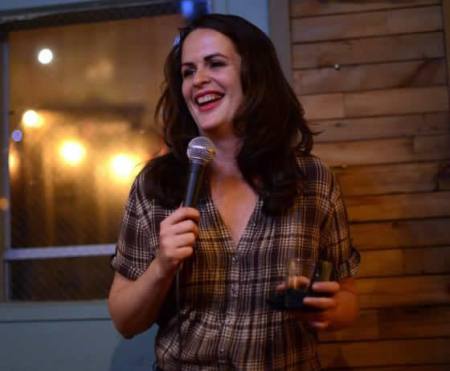 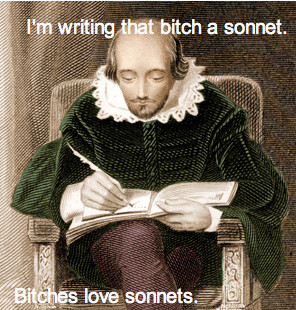 …and improvisors walk into a variety of scenes by the Bard at Shakespeare: Unrehearsed & Improvised

7:00 pm ($7): “It’s important to stay informed. That’s why we bring you all the news that happened this month, at the end of this month. Just your average news show, keeping you up to date with your world one month at a time” at The Magnet written & performed by Jarret Berenstein: Current Events

7:30 pm ($10): At UCB Chelsea, a one-man show about “the ins and outs of the African American experience:”The Black Experience with Jonathan Braylock…

…and in the second half of this double-bill, Michael Antonucci & Yoni Lotan Sharp perform a sketch-based one-act about buddies being on the road: License to Chill

8:00 pm ($10): Improv about a very, very bad day at The PIT downstairs lounge by group Johnny Velvet and the Moonbeams

[TOP PICK] 9:30 pm ($5): NYC spitfire Jo Firestone (dynamic rising star; host of Punderdome 3000 and The Incredible Game Show Showcase) hosts this show in which Jo and other improvisors live-dub over muted episodes of well-known sitcoms—which tonight are Friends and Cheers—to create entirely new story lines on the spot. “Watch as your classicFriends episode takes on a film noir spin, or how everyone in Cheers just wants to talk about pizza” at Videology (308 Bedford Avenue): Live Dubbed Sitcoms

[TOP PICK] 11:30 pm ($10): “The Magnet Theater and Shakespeare in the Square have joined forces to create a dynamic show that puts a spin on some of the greatest plays ever written. Throughout the night you will see many of William Shakespeare’s two-person scenes played out in front of you, but here’s the catch: one of the members of Shakespeare in the Square will have completely memorized one of the character’s lines and movement, whereas the other character’s lines will be fully made up by a Magnet improviser. Featuring scenes from Hamlet, Romeo and Juliet, Richard III, and many more plays” at The Magnet theatre: Shakespeare: Unrehearsed & Improvised

[TOP PICK] Midnight ($5): “It’s the last day of summer camp and we’re gonna put on a show. Everyone’s going to be there showing off their stuff: the counselors you have crushes on, the kid who supposedly wet his bed, the girl at camp you’ve been trying to get into the woods. So let’s all gather in the north field for one last night of songs, stories, and skits before our parents pick us up” at this character sketch extravaganza at UCB Chelseahosted by John Frusciante: The Last Day of Summer Camp Extravaganza

[FREE] Midnight: NYC comics & storytellers (not announced) are interviewed at The Creek upstairs theatre in Queens’ Long Island City by host Brandon Wetherbee: You, Me, Them, Everybody Live

This entry was posted on Friday, August 29th, 2014 at 11:21 am and is filed under Best New York Live Comedy Shows. You can follow any responses to this entry through the RSS 2.0 feed. You can leave a response, or trackback from your own site.