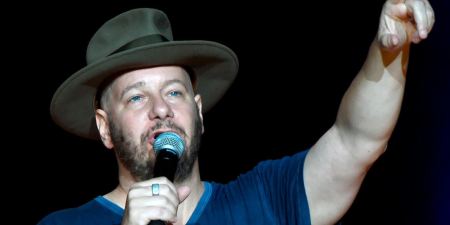 [TOP PICK] [FREE] 7:00 pm: A stand-up who’s performed on MTV, is the sharp co-host of Hot Soup and We’re All Friends Here, and runs the award-winning blog Sandpaper Suit tries out new material every night through Monday at The Creek upstairs theatre in Queens’ LIC (10-93 Jackson Avenue): Week at the Creek: Matt Ruby

7:00 pm ($5): A rock opera about an ornithologist who falls in love with a bird at The PIT Loft (154 West 29th Street) performed by a musical sketch group plus a rotating cast of guests: Me and My Birdie!

7:30 pm ($5): Professional clowns perform a silly show in hopes of changing your life at The PIT downstairs lounge: An Unapologetic Mess: A Clown Show

[TOP PICK] 8:00 pm ($5): At the UCB Chelsea theatre, Natasha Vaynblat plays motivational speakers, life coaches, and sad sacks on her road to self-improvement: Self Help Your Self, Help! …

…and in the other half of this double-bill, dynamite comics Aaron Jackson, Jeff Hiller, Brandon Scott Jones, Josh Sharp, and Brian Faas promise “You are going to turn Gay, and you are going to love it:” We Will Turn You Gay

[FREE] 8:00 pm: A monthly showcase of musicians (funny or otherwise) trying out material in a laid-back way at The Creek downstairs lounge in Queens’ LIC (10-93 Jackson Avenue), hosted by Caitlin Cook: Fake Birthday

[TOP PICK] 9:30 pm ($5): The Emmy-winning writers of The Daily Show gather on the UCB Chelsea stage to perform an all-improvised Non-Daily Show

9:30 pm ($5): A panel of comics share personal stories of anxiety, love, and distress, debate world-views, and present sketches” hosted by Rob Asaro…who will aim to accomplish whatever mission is set for him at the show by the following month at The PIT upstairs theatre: Explain the World to Rob Asaro

This entry was posted on Thursday, December 15th, 2016 at 11:18 am and is filed under Best New York Live Comedy Shows. You can follow any responses to this entry through the RSS 2.0 feed. You can leave a response, or trackback from your own site.