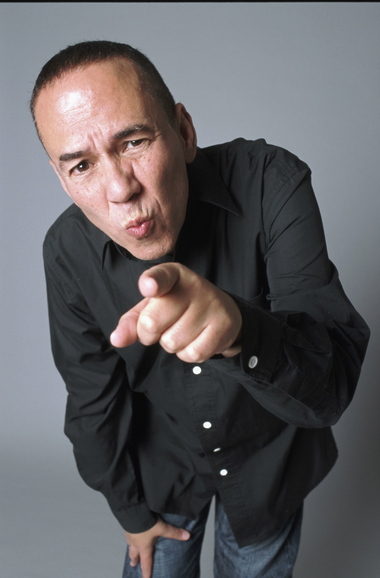 7:30 ($10): UCB improvisors who normally don’t perform together join on stage to make up scenes for one night only at the UCB East theatre: Mashed

9:00 pm ($10): Members of UCBT house improv groups get scrambled together into new one-night-only teams at the UCB East theatre: The Blender

9:00 pm ($5): A group of improvisors who’ve all felt the pain of breakups via text ghosting aim to be stronger for the experience by making up scenes at The PIT Loft (154 West 29th Street): The Ghosting Hour

[TOP PICK] 9:30 pm ($5): Crescent Inverness (host Ryan Douglass), a vampire who hates the idea of being a vampire, screens highlights of the very bad 1989 horror movie Elves, and accompanies it with songs and characters “all inspired by this shit show disaster” at Brooklyn’s The Annoyance Theatre (367 Bedford Avenue; take J/M/Z to Marcy Avenue or L to Lorimer Street): Masters of Mumblecore

9:30 pm ($5): At this weekly variety show, stand-up from Bill Cannon, Jul Ie, and Paul Rodriguez; sketch from Isaiah Mueller, Manny Regalado, and Rocco George; and improv from group Donnie in the Park (Will Cheng, Alex Novac, Paul Ton), all performing at The PIT Loft (154 West 29th Street) hosted by Will Cheng: Wildcard Comedy

10:30 pm ($5): A mix of stand-up, sketch, music, and/or improv at Brooklyn’s The Annoyance Theatre (367 Bedford Avenue; take J/M/Z to Marcy Avenue or L to Lorimer Street) hosted by Carmen Christopher: The Juice

[FREE] Midnight: Comics present “sure-fire, can’t miss, get-in-on-the-ground-floor, knock your socks off ideas that will not only make a lot of money but will make lives better across the board” and then request your money (whether you give is entirely up to you), with tonight’s entrepreneurs Christina Galston and group Young Business (Ronnie Fleming & Justin Hartough)—plus stand-up from Mike Denny—all at Queens LIC’s The Creek upstairs theatre hosted by Ben Conrad: Snake Oil

[FREE] 7:00 pm: Show up at 6:45 pm to place your name in a dog bowl for the chance to get called up on stage and jam with veteran improvisors at Brooklyn’s The Annoyance Theatre (367 Bedford Avenue; take J/M/Z to Marcy Avenue or L to Lorimer Street): Dog Fight Improv Jam

This entry was posted on Friday, December 23rd, 2016 at 10:10 am and is filed under Best New York Live Comedy Shows. You can follow any responses to this entry through the RSS 2.0 feed. You can leave a response, or trackback from your own site.