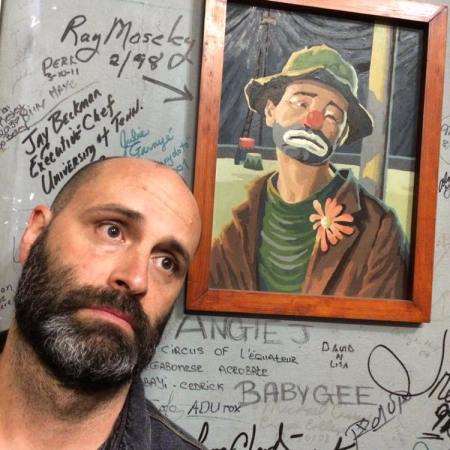 [TOP PICK] 7:00 pm ($7): In this all-gal double-bill, first group Darling Satan hosts stand-ups, storytellers, character comics, and improvisors; and then group The Box hosts “an intersectional feminist comedy, panel, and interview show,” all at The PIT Mainstage: She Makes Me Laugh & The Box

8:00 pm ($7): At the UCB Chelsea theatre, the talented Natasha Vaynblat plays motivational speakers, life coaches, and “sad sacks” on her road to self-improvement: Self Help Your Self, Help! …

…and in the second other of this double bill, a faux TV episode by sketch group Nipsey in which “As a father/daughter duo, Albert and Corinne work great. As co-owners of a cigar store-turned-vape shop, they’ve got a lot to learn! And when the big Vape Expo comes to town Darcy, Gayle, and Heath have kooky ideas about how to make waves!:” Nipsey: Vape Lyfe

TOP PICK] 8:30 pm ($5): Spring Day (charming stand-up & sketch comic with cerebral palsy) shares: “I hope you’re enjoying March because it’s National Cerebral Palsy Awareness Month. Are you aware that people with cerebral palsy have trouble marching? Well, you do now…By the way, I’m leaving New York at the end of March and moving to London to work at the BBC. I’ve put together a group of people I love performing with for stand-up and a few games you will not want to miss. Please come to see seriously funny people fucking around for 5 dollars on a Monday night. This is the last time you will get to see me. No pressure,” with guests May Wilkerson, Kara Buller, Charlie Nadler, JC Best, Samantha SJ Bednarz, Usama Siddiquee, Jay Nog, and Gary N. Hannon performing at Astoria Queens’ QED: A Place to Show & Tell (27-16 23rd Avenue): Muppets F*cking: Funny People Fucking Around

9:30 pm ($5): Improv group Astronomy Club—which includes Keisha Zollar and Jonathan Braylock—gets race-related stories from the audience and a guest monologist, and then makes up scenes based on those tales at the UCB East theatre: Astronomy Club: Let’s Talk About Race, Baby!

[TOP PICK] 10:30 pm ($7): Storytellers share their true “coming out” tales, and then improvisors make up either a play or a musical based on each story at The Magnet theatre: Thank You For Coming Out: An LGBTQ Event

[MEGA-TOP PICK] [FREE; reservations go quickly, but you can probably get in if you arrive early and are okay with standing] 11:00 pm: Some of the finest comics in the world—who aren’t announced in advance, but it’s usually a great lineup and often an extraordinary one—at UCB Chelsea typically hosted by Aparna Nancherla (one of the best stand-ups in the country; former writer for Seth Meyers; Conan O’Brien, @Midnight, Comedy Central Half Hour, comedy album Just Putting It Out There): Whiplash

6:00 pm & 8:00 pm ($5 for both comics and audience members, no drink min.): Open mic stand-up providing 5-7 minutes per comic, with each show running 1 hour and 45 minutes. Arrive 30 minutes before the show you want to be in to get on the signup sheet. This is a fine opportunity to perform at the only comedy club in the East Village: Eastville Comedy Club Open Mic

[FREE] 6:00 pm: An opportunity for you to perform with improv veterans in 7-minute montage sets celebrating diversity at The Magnet theatre: Diversity Improv Jam