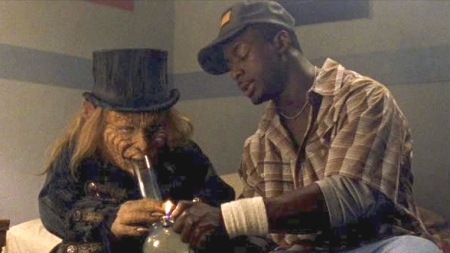 7:30 pm ($10): A sketch comedy group that formed in Chicago back in 2008 performs at The PIT Underground: Teenager of the Year

8:00 pm pm ($10): A one-man show by Eli James that provides “a decade-by-decade journey through the sordid history of rock ‘n’ roll” at The PIT Loft (154 West 29th Street): Imagine All the People: A Survey of Music Business Creeps

9:30 pm ($10): A one-man show by David De Almo “about failing gracefully” by working as a producer of theatre at The PIT Mainstage: David De Almo: Occasionally Employed

10:00 pm ($5): A guest visual artist shows off his/her work for 15 minutes. Then 5 comics each tell a story while being sketched by the artist, by the host/cartoonist Grant Lindahl—and, if you’re into it, you (bring a sketchbook!). The audience member crafting the best sketch wins a prize. It all happens at The Creek upstairs theatre in Queens’ LIC (10-93 Jackson Avenue): Art School Acid Dropout

[TOP PICK] 10:30 pm ($7): I’m not sure he’s in NYC tonight, but one of the finest improvisors alive, Joe Bill (Bassprov, iO, co-founder of the Annoyance Theatre) will either personally spearhead or lead in spirit a breathtakingly brilliant group of improvisors from Chicago and New York who will blow the roof off The PIT Underground with lightning-quick dark comedy unlike anything else in NYC. The other superb players typically include Doug Stoley (Conan O’Brien, The Scene), Amey Goerlich (Indie Cage Match, Krompf, The Scene), Jed Resnik (Annoyance Theatre, UCB), Silvija Ozols (The Stepfathers), Micah Sherman (Second City, co-host of The Scene, host of Fun), and/or many more, all declaring ChicaGoGo

10:30 pm ($5): A rotating pool of improvisors perform in groups of five at Brooklyn’s The Annoyance Theatre (367 Bedford Avenue; take J/M/Z to Marcy Avenue or L to Lorimer Street): Singles Motel

[$] 11:30 pm ($20): Lard Dog and his 6-piece Band of Shy normally performs children’s musical theatre, but tonight presents an adults-only version of its comedy at The PIT Mainstage: Life’s a Real Dream

[FREE] 7:00 pm: Show up at 6:45 pm to place your name in a dog bowl for the chance to get called up on stage and jam with veteran improvisors at Brooklyn’s The Annoyance Theatre (367 Bedford Avenue; take J/M/Z to Marcy Avenue or L to Lorimer Street): Dog Fight Improv Jam

[FREE] Midnight: This show might not be much fun for audience members, but it’s an amazing opportunity if you want to perform sketch for free and with almost zero hurdles on the prestigious UCB Chelsea stage hosted by members of various Maude Night groups: Liquid Courage