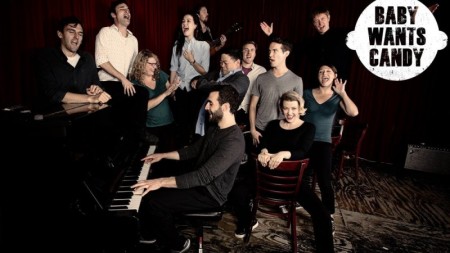 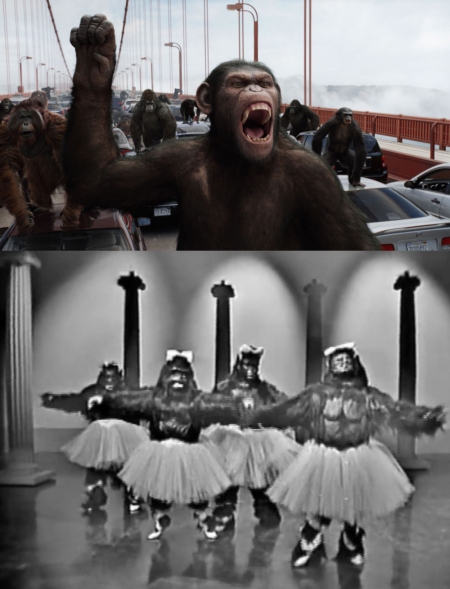 …and/or see a glorious collection of hilarious film clips and guest movie experts hosted by super-fan Kevin Maher and friends, focusing on monkeys for this month in which a new King Kong movie was released, with a new Planet of the Apes movie premiering in July (for a video sampling, please click here): Kevin Geeks Out About Monkey Madness (9:30 pm, $16 [buying in advance is recommended, as this show crammed with rich imagery and ideas usually sells out], Brooklyn’s Nitehawk Cinema at 136 Metropolitan Avenue; take the L to Bedford)

[TOP PICK] 8:00 pm-Midnight ($10 for the entire evening): Five veteran house improv groups, at 10:00 pm indie improv troupe Psycho, at 10:15 themed improv show Silence, Please (exploring the nuances of wordless conversation and connection, with music suggested by the audience playing in the background), and at 11:00 improv competition Inspirado, all for just $10 at The Magnet theatre: The Magnet’s Thursday Night Out

[TOP PICK] [$] 7:30 pm ($7): At the UCB Chelsea theatre,a gathering of “the world’s foremost cryptozoologists, monster hunters, and friends of freaky fauna, will convene at our top-secret headquarters under a grocery store to unveil the year’s most fascinating and grotesque new beastly discoveries:” Monsters Exist…

[TOP PICK] [$] 9:00 pm ($35 & 2-drink min.): The star of former Comedy Central sex series Not Safe, co-host of former MTV interview series The Nikki and Sara Show, and co-host of podcast You Had to Be There, and a stand-up who’s performed on Conan O’Brien, Jay Leno, Last Comic Sanding, and her own Comedy Central Half Hour headlines tonight through Sunday at the Carolines Comedy Club: Nikki Glaser

11:00 pm ($5): “Improvisers and stand-ups do what they do best…and then switch places to try their hand at what the other does best. Performing to sold out crowds at UCBT-LA, this show is a cross-discipline Cage Match” at UCB East hosted by Boris Khaykin: Impro(vs)tandup