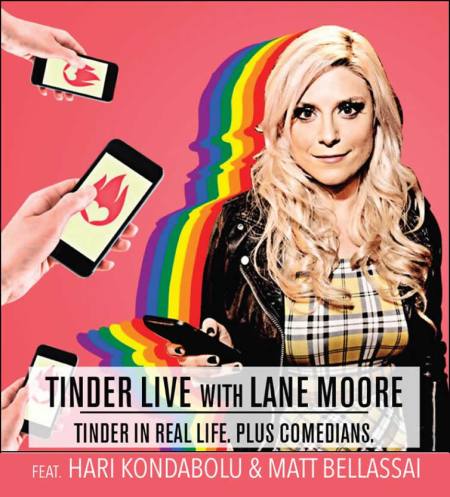 [$] 1:00 pm ($20): A kid-friendly musical that “promotes positive messages of creativity, niceness, acceptance, and frivolity” by Lard Dog and his 6-piece Band of Shy at The PIT Mainstage: Life’s a Real Dream

6:00 pm ($7): One storyteller tells the unvarnished truth, while three others tell carefully-crafted little white lies. You and the audience then get to question the yarn-spinners and determine who the one honest person is at The PIT Loft (154 West 29th Street) hosted by Jude Treder-Wolff: (mostly) True Things Storytelling Show

[TOP PICK] 7:30 pm ($10): “Created in 1995 at the iO Theater in Chicago, The Armando Diaz Experience is the longest running improv show ever. A guest monologist—who this week is Matt Koff (staff writer for The Daily Show)—takes a suggestion from the audience and shares true personal tales. These stories are then brought to life by a rotating cast of improv all-stars—and occasionally Armando himself” at The Magnet theatre: The Armando Diaz Experience

[TOP PICK] 9:30 pm ($10): Comedy duo Sarah Khasrovi & Nina Grollman, who have been touring the country as The Hopeful Dads, perform sketches and songs at The PIT Mainstage: The Hopeful Dads Show

[TOP PICK] 10:30 pm ($10): Long form improv about the behavior of a theatrical troupe both on-stage and off-stage, revolving around a different show biz theme—which this week is Shakespeare—at The Magnet theatre: The Cast: Shakespeare Edition

[TOP PICK] 10:30 pm ($10): Using real horror films purchased in local gas stations and bodegas, the hosts select specific clips to play for 30 seconds, pause, and then ask the improvisers to finish the scene. Will anyone survive at The PIT Underground? Attend at your own peril, with hosts J. W. Crump: Gas Station Horror

11:30 ($7): “Matt Radlow & Betsy Kenney are not musicians, and neither are their friends. But that won’t keep them from delivering one hour of non-stop music-themed comedy directly to your brains” at the UCB East theatre: Matt and Betsy Do Music

Midnight ($7): “Real-life lovers Diana Kolsky & Murf Meyer bring you the live counterpart to their saucy podcast, a fun, ballsy, raucous variety show about the audience” at the UCB Chelsea theatre: Menage a Trois Radio After Dark