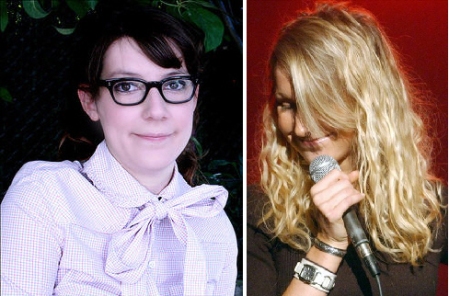 Sara Schaefer & Nikki Glaser celebrate their 25th stellar comedy podcast at You Had to Be There...

...and a whole bunch of wonderful comedy talent performs tonight at Sacapuntas!

9:30 pm ($5): A new UCBT sketch show by Ryan Karels, and another by Leah Gotcsik & Marty Johnson, in the double-bill Radio Rogue and Somebody’s in the Doghouse

[FREE] 11:00 pm: Open-mic stand-up running until 1:00 am, with time divided evenly between performers (up to five minutes), at The Creek in Queens’ Long Island City with host Rob Stern: Bucket ‘O Buckets