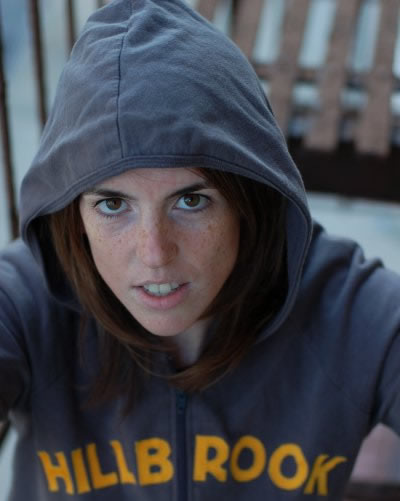 ...and Adam Newman celebrates the release of his comedy CD "Not for Horses" at Queens LIC's The Creek

7:30 pm ($5): A one-woman show by Alexis Lambright about her quest to pop her cherry: Combating Adult Virginity

[FREE—plus FREE BEER!] 8:00 pm: A variety show of stand-up, storytelling, and sketch that’s not only free, but promises to give each of the first 25 audience members who arrive a free beer! Unfortunately, the lineup is never announced in advance; but if you’d care to take a chance, join hosts Ray Combs Jr., Evan Jacobs, and Aalap Patel as they provide you a drink On the House

[FREE] 11:00 pm: Comedic storytelling about love in NYC and more at The Creek in Queens’ Long Island City: Variety Amour

[TOP PICK] Midnight ($5): From the fearless and always innovative Shannon O’Neill, who won the 2011 ECNY Award for Best One-Person Show: “I seem to have made a big ole mistake. I wrote a script, I purchased the props, but I forgot to rehearse it. And on top of that I HAVE NO CAST!!!! So… I am going to cast YOU, moments before the show starts. I will hand you a script, give you some props and instruct you to just listen and get ready to perform. Oh man this is going to be a fucking mess of BEAUTY!! If you want a chance to be cast, make reservations and get in line by 11:15pm. I, Shannon O’Neill will personally come out and hand pick the best damn group of Thespians this play has ever seen and will ever see because this play will only be performed ONCE, never to be seen again! What do I look for in a cast? I love fatties, I love skinnies, I love sober people, I love drunk people. I love you all. Every shape, size, and ethnicity. Let’s hold hands and spin the world! What is this play about? Something real fucking weird. Thanks for helping me fix my mistake. I’ll see you soon friends!:” The Unrehearsed, Historically Inaccurate Story of…Casey Anthony

[FREE] Midnight: Two teams drawn from veteran improvisors, with each taking on an audience member drawn from a hat, making up scenes at The Creek upstairs theatre in Queens’ Long Island City hosted by Amey Goerlich and a different guest each month: Midnight Improv Run