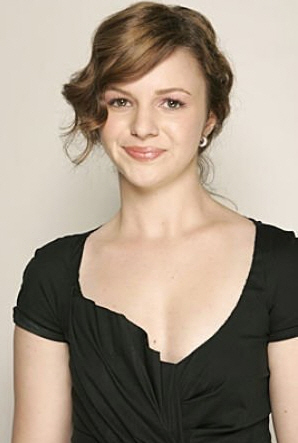 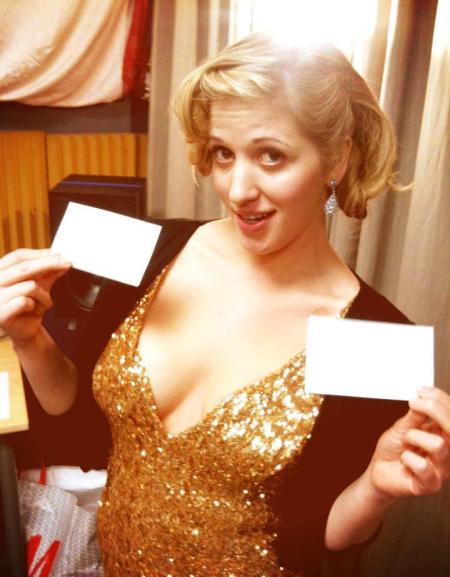 7:00 pm ($5): A show about which I know nothing auditioning for a regular spot on the prestigious UCB Chelsea schedule: Psychological Services With Dr. Terry Withers

[FREE] 7:00 pm: In this free Magnet show, audience members (signing in at 6:00) can join in with improv troupe Phooka to make up scenes on the spot: Magnet Mixer

[TOP PICK] 8:00 pm ($7.61 online with code RUNNINGLATE, $8 at the door): TV & movie star Amber Tamblyn, David Cross (in a rare NYC appearance, one of the most respected guys in the biz; credits as writer, actor, and comic include HBO’s Mr. Show, FOX’s Arrested Development, Comedy Central’s Freak Show, Adult Swim’s Tom Goes to the Mayor and Tim and Eric Awesome Show…and scores of other TV and feature film roles), and more are interviewed at The PIT upstairs theatre hosted by Scott Rogowsky (writer for The Onion, co-host of 12 Angry Mascots) for “a unique talk show experience that needs to be experienced to be experienced. There will be plenty of bits, skits, chits and chats, and maybe that pretty girl you saw on the 6 train last night will be in the audience! It’s a big city, but you run into people:” Running Late with Scott Rogowsky

8:00 pm-MIdnight ($7 for the entire evening): The Magnet house troupes The Boss, Hello Laser, Phooka, and Junior Varsity performing improv, followed at 10:00 pm by Christina Gausas directing The Subject (improvised scenes that focus on one character who never leaves the stage, while other characters from the past, present, and future come and go), and then at 11:00 improv competition Inspirado (like UCBT’s Cage Match, but with a game-like challenge component) with troupes Upstate and Pumpkin battling for laughs & votes: The Magnet’s Night Out

[TOP PICK] [FREE] 9:00ish pm: Terrific NYC stand-ups (the lineup is typically announced by 3:00 pm; for an update, please click here) performing on this weekly show at the Kabin Bar and Lounge hosted by Chesley Calloway and comedy genius Sean Patton: Comedy as a Second Language

[TOP PICK] 9:30 pm ($5): At UCB Chelsea, one of the very best sketch shows of 2012. It’s a noir mini-play written & directed with immense wit by Michael Trapp (Stone Cold Fox), who with this script demonstrates he’s a rising star with a surefire career in the biz. And beyond the pages, Michael’s put together an all-star cast, including John Murray (simultaneously gripping and hilarious as a hardboiled detective with an absurdly short attention span), Brandon Scott Jones (who delivers an unforgettable scene with John that’s worth the trip all by itself), and D’Arcy Carden (who abandons her usual laid-back persona here to be smoking hot). These are all total pros who are virtually assured careers in TV and film. Catch them while they’re honing their craft and waiting to be noticed in one of the most consistently fun shows in NYC: Death Wears Stilettos…

…and in the second half of this double-bill, a parody of The Bachelor written by UCBT faves Caitlin Bitzegaio (MTV, PBS, ESPN, writer or director of numerous UCBT sketch shows) and Leila Cohan-Miccio (Stone Cold Fox, Pig: A Restaurant), and worth catching if only to experience the delicious comedic performances of standouts Morgan Grace Jarrett (Big Fish, Love Liza, Buffy fan) and Nicole Byer (Doppelganger)—who are especially fun when they turn into an unlikely a comedy duo…: The Bachelor: Romance, Roses, and Romance

9:30 pm ($5): Improvisors (not announced) make up one-act plays on the spot at The PIT downstairs lounge for The Scene

[TOP PICK] 11:00 pm ($5): Last week improv troupe Airwolf annihilated the threat of contagion with an overpowering win of 119-27 against  challenger The Pox. With nine victories in a row, Airwolf may be feeling pretty confident; but tonight it faces one of UCBT’s most popular and long-running improv groups, The Stepfathers. The Heavens will shake as these two giants compete for audience laughs and votes at UCB Chelsea for the raucous Cage Match

11:00 ($5): A screening of a 2010 feature film by the Upright Citizens Brigade written, co-directed, and co-starring Matt Besser, and also briefly featuring Amy Poehler, Matt Walsh, and Ian Roberts (Ian almost steals the movie by simply delivering a doctor’s diagnosis…) at UCB East—which is a perfect venue for films because it used to be an indie movie theatre: Freak Dance

P.S. If you can’t make this screening, you can also see the movie at UCB East on Friday May 25th at midnight (at which point the run will probably be eligible for a New York Times review…). You can also pay to see the movie for a brief time online via various streaming film sites and/or buy its soundtrack to enjoy anytime via iTunes.

11:00 pm ($5): Improvisors make up a Quentin Tarantino movie at The PIT downstairs lounge for this new themed show: The Tarantino