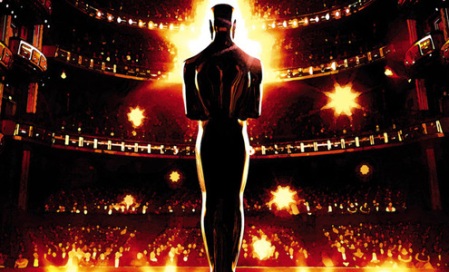 …and/or watch a master stand-up at work, starting 10:00 pm, for this final night of John Mulaney headlining at Carolines

[FREE] 5:30 pm: An improv show that asks you to drop written suggestions into a box before it begins and then dips into the collection of suggestions throughout to propel new scenes: The Drop Box

6:00 pm ($8): “Becky Flaum thinks she’s Julia Roberts. And Sandra Bullock, Meg Ryan, Drew Barrymore, even Katherine Heigel. But her high cinematic hopes for her love life get in the way of reality on her quest to find the perfect co-star.” This one-woman show is at The PIT upstairs theatre: Hopeless Romantic Comedy

[TOP PICK] [FREE] 7:00 pm: Instead of watching tonight’s Academy Awards by yourself at home, why not see it with an audience at Brooklyn’s The Bell House (149 7th Street, between Second and Third Avenues) and enjoy top comics making fun of it throughout? The latter will be longtime friends Dave Hill (one of the most original and hilariously sharp alternative comics in the country; HBO, Comedy Central, MTV, VH1, NPR, The Dave Hill Explosion, bands Valley Lodge and Diamondsnake, champion rapper, author of Tasteful Nudes) and Jena Friedman (wry dark comedy stand-up and rising star; producer for The Daily Show, former staff writer for David Letterman, host of Entertaining the Bartender), courtesy of sponsor WITStream: The Oscars with Dave Hill and Jena Friedman

[TOP PICK] [$] 7:00 pm ($10, no min.): While it’s hard to beat the wit of pals Dave Hill & Jena Friedman (see directly above), if you’d rather be in Manhattan than Brooklyn, and have access to acclaimed food as well as drinks, consider watching the Oscars hosted by star comic Lynne Koplitz (Joan Know’s Best, IFC’s Z Rock, host of WB’s Life & Style) at The Stand Comedy Club (239 Third Avenue & 20th Street): The Oscars with Lynne Koplitz

7:00 pm ($5): The comics at UCB East honor themselves for their cinematic achievements via UCB’s video sketch (Beta) teams: The Bettie Awards

8:00 pm ($8): A one-woman show by Berry Basile about “a Jersey girl in big city acting classes with Scarlet Johannson and Rosario Dawson. and a dating pool with a bunch of trust fund kids, searching for the Meatiest Role” at The PIT upstairs theatre: Meaty Role

[FREE] 8:00 pm: A slew of NYC comics “who may or may not be working on their Just for Laughs audition sets:” Justy Dodge (co-host of Too Much Information on comicalradio.com; “I was kind of a tomboy growing up. Like, I had Barbies, but only because my Ninja Turtles needed bitches;” for dark bio video, please click here), Andrew Short, J.F. Harris, Nathan Macintosh, Tim Warner, Jon Savoy, Ben Conrad, and Harry Terjanian performing at the Three of Cups lounge (83 First Avenue at 5th Street) hosted by RG Daniels: Sunday Night Stand-Up

[FREE] 8:30 pm: Free Oscar-themed improv at UCB East (this was originally scheduled as an Oscar viewing show, but there were last-minute technical difficulties with the live feed so it’s a pure stage show instead): Improv Jam

[TOP PICK] [$] 10:00 pm ($27.25, plus 2-drink minimum, at the door or online): One of the most skilled, funny, and beloved stand-ups in the country—and a personal favorite—who’s a staff writer for Saturday Night Live (for John’s great bit on Weekend Update, please click here), has performed repeatedly on Conan O’Brien and VH1’s Best Week Ever, and won the 2008 ECNY Award for Best Male Stand-Up, headlining one last night for a red-hot run (there are tickets still available for this 10:00 pm performance only because it was added just this weekend after John’s other performances sold out in a flash) at the Carolines Comedy Club: John Mulaney

[FREE] 10:45 pm: Open-mic show for sketch and character bits running 3-5 minutes at The Magnet. Everyone who signs up—at 10:30 pm at the box office—is likely to get onstage: Sketch in Progress