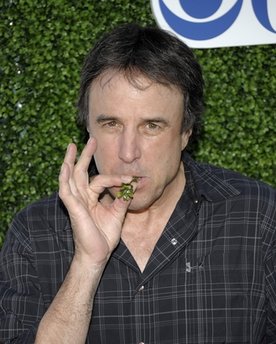 7:00 pm ($7): Two sketch groups performing at The Magnet theatre: CA$H and The Misses

7:00 pm ($8): “Cyril Livingston is a 10-year-old puppet hosting a monthly cable access talk show covering the local characters who reside in the Gowanus neighborhood in Brooklyn. Cyril welcomes weirdoes, scientists, rotten bananas, musicians, and he swears that this month he’ll have time to interview Goonie, the creature from the Gowanus Canal. Audience members have a chance to win real prizes, and learn stuff!” produced and puppeteered by Emily Johnson at The PIT downstairs lounge: Get Up, Gowanus

7:00 pm ($5): Tall tales from Mike Camerlengo and a couple of friends, directed by Justin Tyler (Comic Book Club), at The PIT upstairs theatre: The Spectacular Life of Mike

[TOP PICK] 7:30 pm ($10): Stone Cold Fox is the only sketch group (vs. improv group) to ever be honored with an ongoing spot on the prestigious UCB Chelsea weekend schedule. It’s earned this slot because its writers (who include stellar comics Brandon Gulya and Silvija Ozols) are terrific, and its cast is superb: Brandon Scott Jones, Molly Lloyd, John Murray, Leslie Meisel, Connor Ratliff, and Johnathan Fernandez. (If you’re in the industry, hire them.) Enjoy this new collection of sketches from these sexy performers (which I hope to see soon): Stone Cold Fox: Sexy Idiots

9:30 pm ($10): Storyteller Kambri Crews performs excerpts from her autobiographical book about growing up as the hearing child of a death father with a violent temper at The PIT downstairs theatre: Kambri Crews: Burn Down the Ground

9:30 pm ($10): Two PIT upstairs theatre improv groups making up a musical on the spot, one with sharpness and the other with a friendly greeting: Dagger and Hello

Midnight ($5): Superb writer/performers Matt Dennie & Josh Sharp, plus a half-dozen friends including dynamite performer Aaron Jackson, present a play “set in a land not unlike our own, following two goat people as they embark on an perilous journey to rid themselves of a cursed nipple ring. It’s like Lord of the Rings only with a nipple ring instead of a regular ring that needs to be thrown into the asshole of a dragon instead of a volcano” at the UCB East theatre: The Golden Nipple Ring: An Epic Fantasy Journey