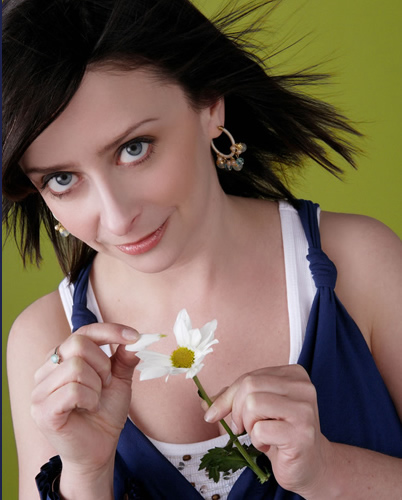 A star-packed show, including Rachel Dratch…

…and Amber Tamblyn at a spectacular edition of Gravid Water

7:00 pm ($8): A (more or less) solo show by Meg Griffiths about “a hardened female New York City landlord who threatens to evict each of her tenants unless someone admits to killing her prized heirloom hydrangea bush in this comedic who-done-it” at The PIT upstairs theatre: It Came From Below

[TOP PICK] 8:00 pm ($5): “Stories of all sizes that define our place in the universe,” hosted at UCB East by Adam Wade (two-time Moth GrandSlam Storytelling Champion (2006 & 2009) and record-breaking 18-time StorySlam Champion; The New York Times Magazine; host of hilarious monthly storytelling extravaganzas The Adam Wade Show and Whatever Happened to the Nerds?; for a sampling of Adam’s award-winning tales, please click here), and featuring tonight’s guest storytellers Brad Lawrence (Moth GrandSlam Champion; host of Best in Show) and Bob Powers (author of You Are a Miserable Excuse for a Hero and upcoming The Terrible, Horrible, Temp-to-Perm Debacle): Tales of the Cosmos

9:30 pm ($10): A musical Harold—that is, long-form improv with song and dance—at The Magnet theatre from group Big D and the Closers

[FREE] 10:00 pm: A monthly stand-up show covering “UrbanAlternative comedy, with a mix of comedians calling out the absurd facets of dealing with life in the concrete jungle” at The Creek upstairs theatre in Queens’ Long Island City hosted by Tiana Miller & Dee Marie: Gentrification

11:00 pm ($3; sign up here): If you’re an audience member who loves stand-up, Monday at 11 should be Whiplash! night. If you’re a comic who couldn’t get booked on UCBT’s all-star show, though, you can opt to instead practice your skills via a 5-minute set at this stand-up open-mic at The PIT upstairs theatre hosted by Lorelei Ramirez: Sharing Time With Your Host Mom