TV Alert: Judd Apatow is on Conan O’Brien;
Seth MacFarlane is on Jimmy Fallon;
Chris Tucker is on Jimmy Kimmel;
Eddie Izzard is on James Corden (repeated from 4/29);
Sara Schaefer, Randy Sklar, and Jason Sklar are on @midnight 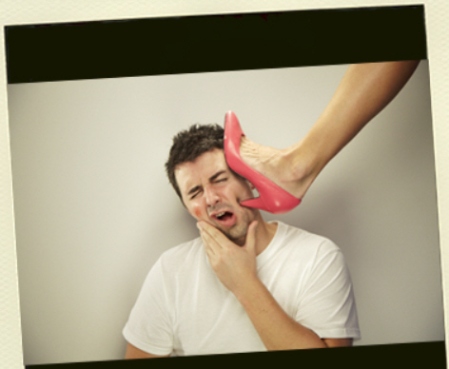 [TOP PICK] 6:00 pm party, 7:00 pm show ($5): The wonderful creators & cast of the superb Unauthorized! series mingle with you at The PIT bar area at 6:00 pm and then put on a fundraising show at The PIT upstairs theatre at 7:00 pm: Fundraiser for Unauthorized!

[FREE] 7:00 pm: Comedic storytellers Marie Faustin, Joseph Robert, Mike Guild, and more performing on the premise “Sometimes people are dicks. Then they tell us about it onstage. It’s great!”—which tonight might include tales of their dads’ disappointment—at Brooklyn’s Over the Eight (594 Union Ave) for this monthly show hosted by Jake Hart & Nick Padilla: Antagonist Storytelling Series

7:00 pm ($7): “Improvisers create scenes inspired by essays written about personal experiences and show that sometimes laughter really is the best medicine” at The Magnet theatre: You Are Not Alone: An Uplifting Show About Depression

[MEGA-TOP PICK] 8:00 pm ($5): The smartest, funniest parody currently playing at UCB, in which Dorothy of The Wizard of Oz tackles zombies, homophobia, weak scripting for female protagonists, and the Hollywood studio system, written and co-starring Glenn Boozan and directed by the wonderful Laura Grey (Crazy Bitch/Crazy Pussy,Faeries, stellar old-time radio style theatrical podcast Horrorgasm). If you see only one scripted show at UCB Chelsea this month, make it the charming and hilarious Dorothy Goes to Hollywood: A Musical…

…and in the other half of this double-bill, a one-woman show by Santina Muha about her life in a wheelchair, directed by Pam Murphy: That Girl in the Wheelchair

8:00 pm ($8): A group of actors and improvisors attempt to duplicate the success of UCBT’s Gravid Water by putting improvisors in the middle of classic theatre scenes at The PIT upstairs theatre. UCBT uses top Broadway and improv talent for its show, making it extraordinary. The participants of this show are unannounced; but the format is so strong that this might work anyway, despite the awful title: The Actor’s Worst Nightmare

[TOP PICK] 9:30 pm ($5; sold out of seats, but you can probably get in if you arrive early and are okay with standing): Ellie Kemper & Christina Gausas used to perform duo improv together. Tonight they do so again at the UCB Chelseatheatre: Kempsas

10:15 pm ($7): Two “coming out” stories from Lisa Sperry and Kevin Gilligan serve as springboards for LGBTQ improvisers to make up scenes at The Magnet theatre: Thank You For Coming Out: An LGBTQ Event

[MEGA-TOP PICK] [FREE] 11:00 pm: Some of the finest comics in the world—who aren’t announced in advance, but it’s usually a great lineup and often an extraordinary one—at UCB Chelsea hosted by the wonderful Aparna Nancherla (one of the finest stand-ups in the country; Comedy Central’s Meltdown, Conan O’Brien, Last Comic Standing): Whiplash