If you’re funny and a talented writer, consider submitting a short story to my fiction anthology Ghosts on Drugs. I have hundreds of submissions from fantasy/SF/horror writers, but almost no comics; and this is a great opportunity to land a prestigious book credit, plus upfront pay and a share of the royalties. Full details are here. 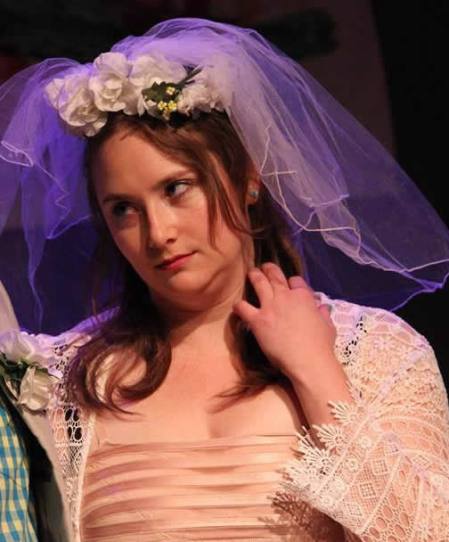 Hilarious character comic Katie Hartman (half of Skinny Bitch Jesus Meeting, frequently collaborates with David Carl) performs a one-woman sketch show in which she manages the difficult feat of being over-the-top and beautifully vulnerable at the same time… 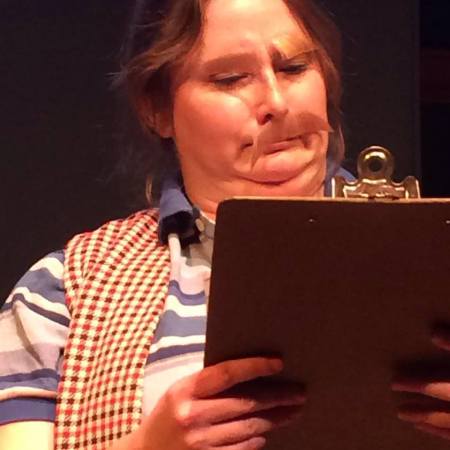 …Come experience this brilliant rising star in her most fearless show to date: The Onion Show (7:00 pm, $5, The PIT Upstairs Theatre at 123 East 24th Street)

7:00 pm ($5): Women are 50% of the population but receive only about 12% of the top movie roles. This show addresses that by flipping gender roles and letting actresses be the stars in famous movie scenes at The PIT Loft (154 West 29th Street): The Boss Will See You Now

[TOP PICK] 8:00 pm ($15; no min.): Gary Gulman hosts a dozen stand-ups trying their best to make you laugh as they audition to perform a set on The Tonight Show with Jay Leno at The Stand Comedy Club (239 Third Avenue, off 20th Street): The Tonight Show Stand-Up Auditions

[TOP PICK] 8:00 pm ($5): “Bob Eimicke, a 62 year old lawyer and father who has zero comedy experience, converted from Catholicism to Judaism in order to marry his Jewish wife…and his son is making him talk about it on stage. Everyone’s going to have a great time, except for Bob” at the UCB Chelsea theatre: My Dad Dumped Jesus…

..and in the second half of this double-bill, sketch group One Idiot performs the parody Tennessee Williams’ “What The Horse Saw”

[TOP PICK] 9:00 pm ($5): “Adrian Sexton is a woman who’s heard ‘Yo, Adrian!’ throughout her entire life, but it was only recently that she became obsessed with the Rocky franchise. Over the past few months she has had in-depth discussions about the films with a bunch of guys in The PIT community, so she decided to bring them all together to discuss the characters, talk about the controversy of Creed being snubbed by the Academy Awards, women (or lack thereof) in the films, the fights and—of course—the montages! Don’t be a bum! Go the distance and get to” The PIT Loft (154 West 29th Street): Yo, Adrian!: A Rocky Balboa Symposium

9:30 pm ($5): A hip-hop musical parody of Orange is the New Black, but set in an animal shelter for dogs and cats, with book and lyrics by Catya McMullen and direction Michael Raine at The PIT upstairs theatre: Locked Up B*tches

[MEGA-TOP PICK] [FREE] 11:00 pm: Some of the finest comics in the world-who aren’t announced in advance, but it’s usually a great lineup and often an extraordinary one—at UCB Chelsea hosted by Aparna Nancherla (one of the best stand-ups in the country; writer for Late Night with Seth Meyers; Conan O’Brien, @Midnight, Last Comic Standing). Reservations go quickly, but you can probably get in if you arrive early and are okay with standing: Whiplash