If you’re a funny and talented fiction writer, please consider submitting ideas or a completed short story to my anthology Ghosts on Drugs 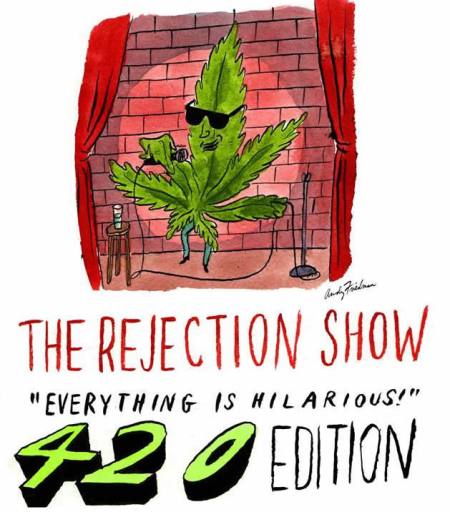 4/20, the Christmas for stoners, is celebrated at Jon Friedman’s The Rejection Show (“Everything is Hilarious”)… 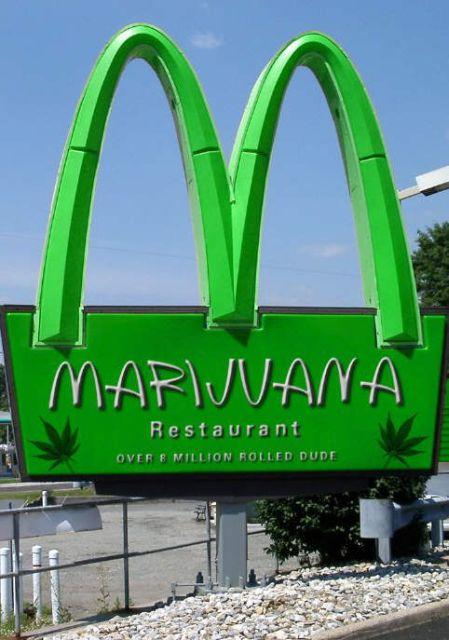 …The Stand’s 420 Funnies with Judah Friedlander (tickets are $4.20), The Law Firm & Friends Special 420 Show (UCB improv), a 420 variety show at The PIT Loft, and a screening of Comedy Central mini-series Time Traveling Bong

[TOP PICK] [$] 7:00 pm ($30): NYC-based sketch group The Tenderloins—James Murray, Sal Vulcano, Joe Gatto, and Brian Quinn—became TV stars with their TruTV series Impractical Jokers, which is in its 4th season and still running strong. Tonight the guys tape two episodes of their podcast via this early show and a second show at 9:30 pm. It all happens at Brooklyn’s Littlefield (622 Degraw Street): The Tenderloins Podcast Show (#1 of 2)

[TOP PICK] [FREE; plus FREE DRINK if you arrive before 7:30] 7:30 pm (SOLD OUT of seats, but you might get in if you arrive early and are okay with standing): A screening of a Comedy Central mini-series starring Ilana Glazer and Paul W. Downs (who won’t be attending) at the UCB East theatre (which used to be an indie film theatre): Time Traveling Bong

[TOP PICK] [$] [DISCOUNTED] 7:30 pm ($7.37 if you use code BREAKOUT online or by phone, plus 2-drink min.) A sharp stand-up who was a staff writer for NBC’s Best Time Ever with Neil Patrick Harris headlines for one night only at the Carolines Comedy Club: Brandon Scott Wolf

[TOP PICK] [$] 9:30 pm ($30): NYC-based sketch group The Tenderloins—James Murray, Sal Vulcano, Joe Gatto, and Brian Quinn—became TV stars with their TruTV series Impractical Jokers, which is in its 4th season and still running strong. Tonight the guys tape two episodes of their podcast via this later show and the first one at 7:00 pm. It all happens at Brooklyn’s Littlefield (622 Degraw Street): The Tenderloins Podcast Show (#2 of 2)

[TOP PICK] 11:00 pm ($5): As many as a dozen guests packed into 75 minutes performing stand-up, improv, sketch, and occasionally acts that defy categorization. The level of talent can vary wildly, but for some, like me, that’s part of the laid-back fun. Come support the experimentation, and periodic magical surprises, that this uniquely organic rollercoaster of a monthly show at UCB Chelsea makes possible, hosted by the charming Jackie Jennings (The Chris Gethard Show, improv group Smalls): School Night