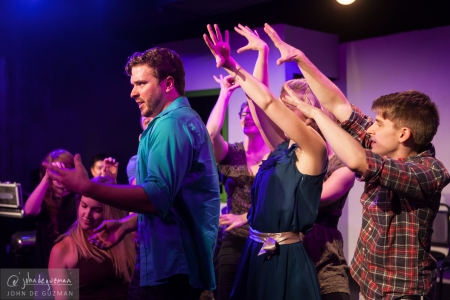 8:30 pm ($5): Improvisors give up specific bad habits for seven days, with this week’s taboos coffee and cigarettes, at Brooklyn’s The Annoyance Theatre (367 Bedford Avenue; take J/M/Z to Marcy Avenue or L to Lorimer Street): Bad Habits: Coffee and Cigarettes

[FREE] 9:00 pm: “Bringing all the excitement and passion of professional wrestling to stand-up comedy, your clueless announcers Kelsey Caine & Jack Comstock invite you to get up and throw down for comics entering the ring for glory! Who will survive? Who will be there? Who actually cares about wrestling? Come on out and get Ready 2 Crumble” at The Creek upstairs theatre in Queens’ LIC (10-93 Jackson Avenue): Ready 2 Crumble