Todd Barry (David Letterman, Conan O’Brien, Comedy Central Presents, FX’s Louie, HBO’s Flight of the Conchords and Bored to Death, Adult Swim, co-star of feature film The Wrestler, star of delightful documentary The Crowd Work Tour) has added another credit to his already long and impressive list: his first book, Thank You for Coming to Hattisburg. Celebrating the publication of this instant bestseller (as I write this, ranked #2,100 on Amazon.com) are John Hodgman, Janeane Garofalo, Joel Kim Booster, Sam Morril, and more, all at the Todd Barry Book Release Event (8:00 pm; $25, Brooklyn’s Bell House at 149 7th Street in Brooklyn; take R subway to 9th Street or F/G to Fourth Avenue)… 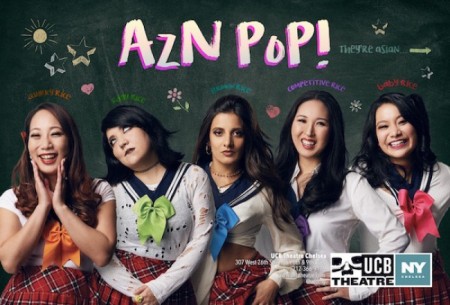 7:00 pm ($7): Anna Grace Carter drinks while describing the plot of an actual musical (could be famous or obscure), and then musical improvisors who include Jay Malsky, Henry Koperski, and members of the groups [title of team] and Royals attempt to recreate it based on her semi-drunken details at The PIT Mainstage: Drunk Musical: The Musical

7:00 pm ($5): Improvisors make up scenes with the lights turned off, using everyday objects to add layers of sound—like a radio play created on the spot—at The PIT Loft (154 West 29th Street): Dim-Prov: Improv in the Dark

[TOP PICK] 8:00 pm-Midnight ($10 for the entire evening): Four veteran house improv groups, at 10:00 indie improv troupe The Mannequin Room, at 10:15 themed improv show Silence, Please (exploring the nuances of wordless conversation and connection, with music suggested by the audience playing in the background), and at 11:00 improv competition Inspirado, all for just $10 at The Magnet theatre: The Magnet’s Thursday Night Out

9:30 pm ($5): A one-man show in which Dom Manzolillo attempts to rebrand himself “via a series of lovable, everyman sketches” at Brooklyn’s The Annoyance Theatre (367 Bedford Avenue; take J/M/Z to Marcy Avenue or L to Lorimer Street): My Name is Dom Hanks

[TOP PICK] [$] 10:30 pm ($18, or $10 for students with ID): A unique musical improv show in which scenes explode into popular songs with tunes you know but entirely made up lyrics. Instead of an improv pianist, this show uses a DJ spinning karaoke tracks at Under St. Marks (94 St. Marks Place, off First Avenue) directed by Philip Markle (former Executive Director of The Annoyance Theatre): Happy Karaoke Fun Time!

11:00 pm ($5): NYC stand-ups (not announced) performing at the UCB East theatre hosted by Brendan Fitzgibbons & Lance Weiss: Gandhi, Is That You?

11:00 pm ($7): Improv group That’s Dinner makes up an entire movie that never existed based on a suggestion from the audience at The PIT Mainstage: That’s Dinner and a Movie

This entry was posted on Thursday, March 16th, 2017 at 2:05 am and is filed under Best New York Live Comedy Shows. You can follow any responses to this entry through the RSS 2.0 feed. You can leave a response, or trackback from your own site.