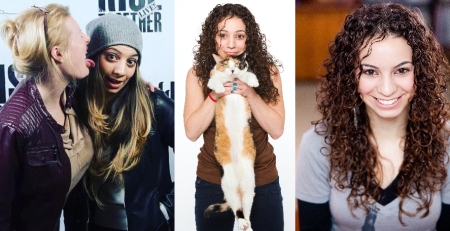 8:00 pm ($10): An autobiographical one-woman show by Stephanie Gould about growing up with cerebral palsy at The PIT Mainstage directed by Chris Booth: Walk with Me

[TOP PICK] 9:00 pm ($7): A show aimed at mitigating stigma and empowering women to have choices by “celebrating” Molly Gaebe (sketch group Lucille) having an abortion a year ago: “A variety of acts will join Molly in honor of the anniversary, and the night will culminate with her attempting the entire dance from one of the best abortion films of all time, Dirty Dancing. Come out and hang with Molly and friends to remind people nobody puts abortion in a corner” at The PIT Loft (154 West 29th Street): Molly Gaebe’s 1 Year Abortion Anniversary Show

9:00 pm ($7): A monthly stand-up & storytelling show in which comics Michael Kayne, Bobby Hankinson, Sharron Paul, and Royce Winn are encouraged to hold nothing back at Astoria Queens’ QED: A Place to Show & Tell (27-16 23rd Avenue) produced by Caitlin Brodnick & May Wilkerson: Brutally Honest with Caitlin Brodnick

9:30 pm ($7): Improvisors springboard scenes revolving around a time and place provided by the audience The PIT Underground hosted by Jason Scott Quinn: Meanwhile…

10:30 pm ($7): A one-man show by Steven Hajar that invites you to “Come observe the recently captured Public Enemy No. 1 down in cell block 888, the revolutionary that the nation’s top psychiatrists have been treating. And if you’re lucky, you might meet the other odd prisoners who share the maximum security cell: in the convict’s mind” at The PIT Underground: The Cell

11:00 pm ($5): Improv group Higgins looks at the Instagram photos of audience members and then uses them as springboards for comedy scenes at the UCB East theatre: Higgins: The Instagram Show

6:00 pm ($3): A chance for gals to get on stage and improvise with veteran female comics at The PIT Loft (154 West 29th Street) hosted by Blair Silverman and friends: Lady Jam

This entry was posted on Tuesday, March 28th, 2017 at 9:05 am and is filed under Best New York Live Comedy Shows. You can follow any responses to this entry through the RSS 2.0 feed. You can leave a response, or trackback from your own site.