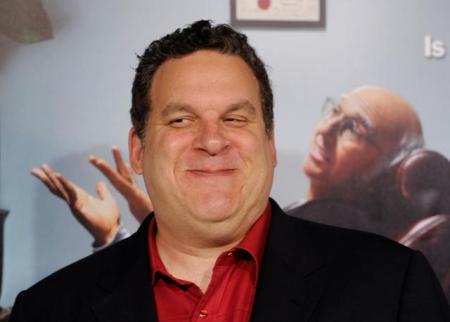 [TOP PICK] 7:00 pm-11:00 pm ($7 for the whole evening): In this 4-hour extravaganza, eight singing & dancing improv groups at The Magnet make up musicals based on audience suggestions, preceded at 6:00 pm by an improv jam open to the audience: Magnet Musical Megawatt

7:00 pm ($7): In this double-bill, first gal trio Dani Letsche, Case Watson, and Alison Wien perform sketch comedy, and then duo Chris O’Neill & Paul Valenti—who haven’t performed together for four years—reunite to create yet more sketch comedy, all at The PIT Loft (154 West 29th Street): Thank You for Your Cervix + The Chris and Paul Show

[TOP PICK] 8:00 pm ($10): Sketch and improv comics “create a brand new show in only one week, and then perform improvised sketches based off of your suggestions, just like The Second City used to do”—plus an extra special opener for tonight only, star Aparna Nancherla (one of the very finest stand-ups in the country; co-star of HBO’s Crashing; former writer for Seth Meyers; Conan O’Brien, @Midnight, Comedy Central Half Hour, comedy album Just Putting It Out There; opens for Tig Notaro; hosts top weekly NYC stand-up show Whiplash), all at The PIT Mainstage produced & directed by Jane Kehoe: Old School Sketch Show

8:30 pm ($5): Superb improvisors and guest improv groups join host Skycopter (which includes David Carl) to make up one-act plays on the spot at The PIT Underground: Act One

9:00 pm ($7): Clips from B-movies (and worse) are screened in between comics performing stand-up, sketch, characters, and/or improv at The PIT Loft (154 West 29th Street) hosted by Mitch Lucas: The Super 8 Show

9:30 pm ($7): “The kids in Ms. Stevens AP English class were given a big assignment when the semester started: creatively combine all the texts on their reading list into one short play. But the life of a senior is busy, and they might have put it off a little too long. See The Catcher in the Rye, Oedipus Rex, Jane Eyre, and more somehow smushed together with teen angst, SAT vocab words, and plot lines from The Vampire Diaries the teens are praying their teacher doesn’t notice” at The PIT Mainstage: Ms. Stevens’ AP English Class Presents: A Play

[FREE] 10:00 pm: A monthly stand-up show that books comics from the same original area (i.e., outside of NYC) to perform long sets at The Creek’s upstairs theatre in Queens’ Long Island City hosted by Trey Galyon: I’m Not From Here

11:00 pm ($5): Going beyond the classic Harold, group Some Kid performs whatever type of long form improv it likes at the UCB East theatre: Harold on the Run

11:00 pm ($7): Three improv groups each perform a murder mystery addressing the question “Who Murdered Phil?” at The PIT Underground hosted by group Frog Basker: You’re Dead To Us, Phil

[FREE] 6:00 pm: In this free Magnet show, audience members can join in with musical improv veterans to make up stories in song on the spot: Musical Magnet Mixer

This entry was posted on Tuesday, May 16th, 2017 at 10:35 am and is filed under Best New York Live Comedy Shows. You can follow any responses to this entry through the RSS 2.0 feed. You can leave a response, or trackback from your own site.