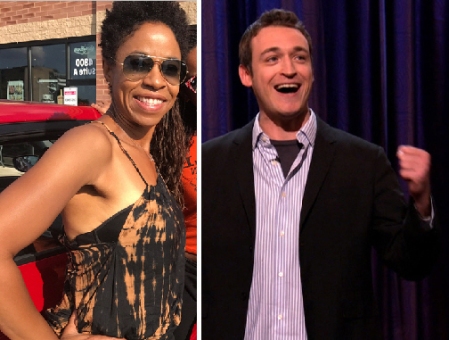 …or see a stand-up who’s also a skilled playwright (his acclaimed FringeNYC play <50%, for which he also co-stars, will run off-Broadway next year), is a member of sketch group Uncle Function, and has performed on Seeso headlines for one night only at Carolines, with opening sets by Erin Maguire, Chris Cafero, and Gabriel Pacheco: Gianmarco Soresi (7:30 pm; $11 online using code GIAN plus 2-drink min., Carolines Comedy Club at 1626 Broadway)

7:00 pm ($7): Beth Slack & Brian Hansbury make up a musical based on an important life moment of a member of the audience at The PIT Underground: Hansbury & Slack Present The Moment: An Improvised Musical Play

10:00 pm ($7): An all-gal group of improvisors make up scenes springboarding off vintage promotional clips intended to teach women how to exist in society at The PIT Underground: The Pitettes