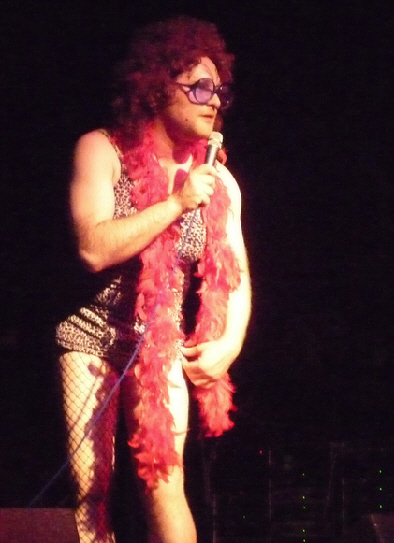 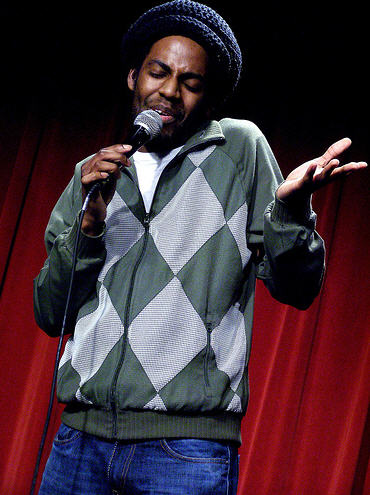 …and Baron Vaughn headlines at If You Build It

6:00 pm ($5): Improv troupes (unusually, not announced this week) at The Magnet kicking off your Saturday evening: The Rundown

[TOP PICK] 7:30 pm ($10): Charlie Todd, Jim Santangeli, D’Arcy Carden, Chelsea Clarke, and/or other stellar improvisors at UCB Chelsea interview an audience member about where he or she grew up and then “turn that town’s tourist attractions, landmarks, hangouts, local celebrities, urban legends, and more into a hilarious show made up on the spot:” The Curfew: Not From Around Here

7:30 pm ($7): Improv veterans Mark Grenier, Louis Kornfeld, and Charlie Whitcroft at The Magnet making up a play on the spot: Theory of Everything

[TOP PICK] [FREE] 8:00 pm: Rojo Perez, Taylor Ketchum, and Nate Fridson participate in this “comedy chat show with boundary issues” that has stand-ups perform sets and then be interviewed about their personal lives at The Creek upstairs theatre in Queens’ Long Island City hosted by Matt Ruby & Mark Normand (who says “all these guys were hand-picked because they’re funny and have some serious problems; when you read this lineup you’re gonna be like ‘oh yeah, that guy is a mess'”): We’re All Friends Here

[TOP PICK] 10:00 pm ($11.34 online; or $10 at the door—but this show typically sells out in advance): James Adomian (hilarious, super-charged character comic/impressionist; finalist on most recent Last Comic Standing; Harold and Kumar 2), Mark Normand (hilarious stand-up; Last Comic Standing, Comedy Central; co-host of Hot Soup and We’re All Friends Here), Joe List (Last Comic Standing, Comedy Central), Molly Knefel (Naked in a Fishbowl, John & Molly Get Along), Emily Heller (Comedy Central; staff writer for Rooftop Comedy; for ruminations on pregnancy, please click here), and more performing for this show in which stand-up and burlesque are weirdly blended together based on the reasoning “The nude female form is truly a work of art. That’s why people the world over like to jerk off to it. Who are we to disagree with the world?”at The Creek upstairs theatre in Queens’ Long Island City hosted by Pat Dixon (Comedy Central Presents): Pat Dixon’s (Nearly) Naked Lady Hour: Now with Bacon Bar

[TOP PICK] [FREE] Midnight: This free show at The PIT upstairs theatre does a great job of describing itself: “Bad movies. We can’t stop watching them. Is it because the plot is so enjoyably paper-thin? Or maybe the acting is so deliciously cheesy? Whatever the reason may be, Oscar Montoya (Local 154, Aquarius) is inviting you to his house to watch all of his favorite so-bad-they’re-awesome movies.” Joining him is SF fan Steve Siddell (Someday the Cake, The Scene). Tonight’s feature is a slasher flick with a shocking twist: Midnight Movie at Montoya’s Presents: Sleepaway Camp

This entry was posted on Saturday, May 26th, 2012 at 11:23 am and is filed under Best New York Live Comedy Shows. You can follow any responses to this entry through the RSS 2.0 feed. You can leave a response, or trackback from your own site.