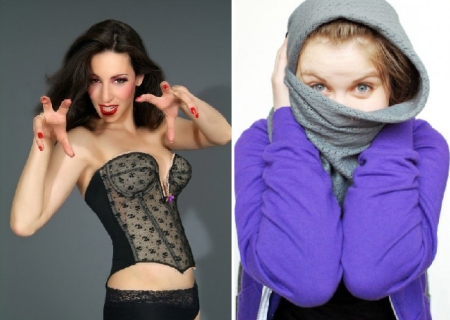 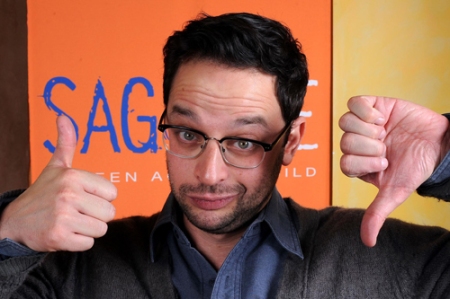 …and at 10:30 on Comedy Central is a new episode of the finest sketch comedy series to grace TV in years: Kroll Show

7:00 pm ($5): “Christine Holt and Mary Guiteras both worked at The Magician, a bar in NYC’s Lower East Side. It was there that they realized they loved being oddballs. Sometimes they’d get in trouble because they’d be so busy being odd, they’d forget about their customers. Now they do it on stage,” and are tonight joined by Erin Lennox and Margaret Lyons for this show mixing stand-up, storytelling, and improv at The PIT downstairs lounge: Bartenders: Ladies’ Night

…and in the other half of this sketch comedy double-bill, “Four traveling salespeople whose car broke down in your suburban neighborhood. They’ve come knocking… but what are your neighbors doing behind those doors?! The Partners are determined to find out, and sell some patented Ice Mix™ in the process:” Former Business Partners: Everything Must Go

[TOP PICK] 9:00 pm ($10 at the door or $11.80 in advance online): Storytelling, stand-up, and carny join forces to bring the blog And I Am Not Lying to life on stage, hosted by Jeff Simmermon (NPR’s This American Life, The Moth), and tonight featuring storytelling by Jeff, Brad Lawrence (Moth GrandSlam Champion, FringeNYC, co-host of The Standard Issues), and Daisy Rosario; stand-up by Sasheer Zamata (highly charming, innovative rising star; host of UCBT’s School Night, member of red-hot improv troupe Doppelganger, sketch troupe The Prom, and Harold Night troupe Bucky); sideshow antics by Abigoliah Schamaun; and burlesque by Cherry Pitz and Magdalena Fox, all at Under St. Marks (94 St. Marks Place, off First Avenue): And I Am Not Lying

[TOP PICK] 9:30 pm ($5): Superb improvisors including Charlie Todd, John Murray, and John Frusciante “gather around the couch to turn each others’ bizarre tales and armchair philosophies into an evening of improv comedy. It’s like hanging out with your friends, except that your friends are really funny and need to suddenly turn their stories into improv scenes” at the UCB Chelsea theatre: The Living Room

[TOP PICK] 10:00 pm ($5): The instructors of UCB’s classes include some of the finest improvisors in the country. In this weekly show a bunch of them get on stage at UCB East, along with hosts Betsy Stover and Ari Voukydis: Hot for Teacher: The UCB Faculty Show

[TOP PICK] [FREE] 11:00 pm: The wonderful Sasheer Zamata (Doppelganger) hosts as many as a dozen guests packed into 75 minutes performing stand-up, improv, sketch, and occasionally acts that defy categorization. The level of talent can vary wildly, but for some (like me), that’s part of the laid-back fun; and this is often one of the most amazing comedy shows in town. (Tonight’s scheduled guests include Katey Healy-Wurzburg, Adam Newman, and Luke Thayer; for the complete list, please click here.) Come support the experimentation, and periodic magical surprises, that this uniquely organic rollercoaster of a weekly show at UCB Chelsea makes possible—and don’t forget to toss $1 in the bucket on your way out: School Night

This entry was posted on Wednesday, February 6th, 2013 at 9:20 am and is filed under Best New York Live Comedy Shows. You can follow any responses to this entry through the RSS 2.0 feed. You can leave a response, or trackback from your own site.