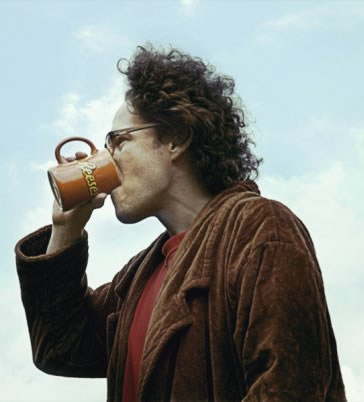 [TOP PICK] 8:00 pm-MIdnight ($7 for the entire evening): The Magnet house improv groups The Boss and Hello Laser performing improv for an hour, followed at 9:00 pm by The Blackout (long form improv in which “scenes are edited solely by blackouts created by the director in the booth and the stage is set by the improvisers from the previous scene”), and at 10:00 pm by veteran improvisors making up scenes based on improvised monologues from storyteller Christine Gentry at The Armando Diaz Experience, and finally at 11:00 improv competition Inspirado (like UCBT’s Cage Match, but with a game-like challenge component) pitting last week’s winner against Cool Blanche: The Magnet’s Night Out

[TOP PICK] 8:00 pm ($8): “Improvised one-acts in the style of prominent playwrights and genres, spontaneously generating an original and hilarious work of instantly important theatre right before your eyes” at The PIT upstairs theatre: The Improvised Play

8:00 pm ($5): Giulia Rozzi (Jimmy Kimmel, MTV, VH1, Playgirl Magazine, co-host of Dive comedy and Stripped Stories) delivers as charming a performance as possible considering her one-woman show at UCB Chelsea is about her talking a guy into a terrible marriage and then cheating on him until it mercifully ends in divorce. What’s even a bigger problem is that Giulia fails to identify how the experience changed her in a substantial way that would make the show emotionally satisfying for the audience. Giulia’s one of the most talented raunchy storytellers in the country, but some more focus on basic storytelling structure would go a long way in Bad Bride…

…and in the other half of this double-bill, “Aaron & Brian lead their lonely friend Erik on a surreal, nightmarish odyssey to ‘get his dick wet.’ Elderly lesbians, impromptu Fosse numbers, dueling Katherine Hepburns, and the ominous Old Valley are all pit-stops on this journey to happiness, or at least maybe getting laid,” written by and starring Aaron Jackson, Erik Dies, and Brian Glidewell: Erik Dies, You’re Stupid and We Hate You

[$] [DISCOUNTED] 9:00 pm (FREE TICKETS if you reserve in advance by calling (212) 260-2445 and mention HyReviews.com, but there’s still a 2-drink min. per person): Christian Finnegan (Conan O’Brien, co-star of TBS’ Are We There Yet?; three Comedy Central specials; MSNBC, VH1’s Best Week Ever, Chappelle’s Show, The Today Show), Andrew Schulz (MTV’s Guy Code, Girl Code, Failosophy), and more performing at the only comedy club in the East Village: Eastville Comedy Club

9:30 pm ($8): Musical improv from duo Douglas Widick & Evan Kaufman “who will reach deep into their sordid, shame-filled pasts for a night that will have you asking ‘do they give refunds at The PIT upstairs theatre?'”: Kaufman & Widick: A Night of Shame

[TOP PICK] 9:30 pm ($5): Longtime UCBT stars Neil Casey (writer for Saturday Night Live; Death by Roo Roo) and Will Hines (The Stepfathers) in a two-man sketch show at UCB Chelsea that starts out hilariously, then loses some steam as it gets conceptually self-indulgent, but overall is worth catching: Small Men

[TOP PICK] 11:00 pm ($5): Two weeks ago, improv legend Death by Roo Roo was defeated by group Apollo by a single vote. Last week Apollo proved that wasn’t a fluke by hanging onto its crown against Big Margaret via a decisive 86-46 victory. Tonight poses a much greater challenge for Apollo, Saturday UCBT improv giant What I Did For Love, competing at UCB Chelsea for your laughs and votes at the raucous Cage Match

11:00 pm ($5): Interviews, sketches, stand-up, and/or music at this variety show about Internet stars at the UCB East theatre: Still Buffering