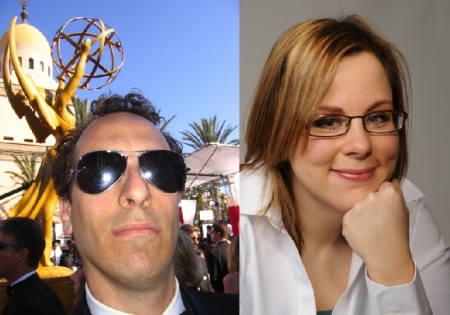 7:00 pm ($8): “Remember the happy, bouncy, Broadway-loving Rosie O’Donnell of the ’90s? Jody Shelton and Douglas Widick sure do! Come see them recreate the primarily color-heavy, Tom Cruise adoration-filled show that you loved watching with your mom” at The PIT downstairs lounge: The Rosie O’Donnell Show!

[TOP PICK] [$] 8:00 pm ($20; sold out, but you can try for the stand-by line): A top-notch theatrical troupe that’s equally fine at compelling acting and split-second comedy uses actual material on the Web, performed verbatim, to craft laugh-out-loud scenes. This 14th edition of the series (begun in 2011) focuses on our favorite place in the world: New York City. While everyone in the cast is exceptional, standouts such as Wendy Joy, and the show’s producers Allison Goldberg and Jen Jamula, are worth the trip all by themselves. For a video sample (a pale shadow of the live show), please click here. Another reviewer called this “like Forbidden Broadway for the Internet,” and that’s pretty close to the mark. This is the final performance…and it’s sold out. If you arrive early, though, you can get on a stand-by line in case some of the ticket buyers don’t show up at Under St. Marks (94 St. Marks Place): Blogologues: New York F#cking City

[TOP PICK] 9:30 pm ($11.34 online, $15 at the door): Improv troupe Punctual Drunks interviews an audience member about his or her favorite fairy tale, and then picks up the story where it left off so you can find out how it really ended, at The PIT upstairs theatre: Punctual Drunks & Friends

[FREE—plus FREE BEER!] 10:00 pm: Politically incorrect stand-ups compete in this unique show for which each comic performs a set and then has to provide biting commentary on a popular online video. The audience then votes on who was the most savagely funny and has won the right to return the following month. It all happens at The Creek’s upstairs theatre in Queens’ Long Island City hosted by Mike Feeney: On the Offensive

11:00 pm ($8): “Come see New York improvisers Douglas Widick & Evan Kaufman reach deep into their sordid, shame-filled pasts for a night of musical improv that will have you asking ‘Do they give refunds at the PIT?'” at The PIT upstairs theatre: Kaufman & Widick: A Night of Shame