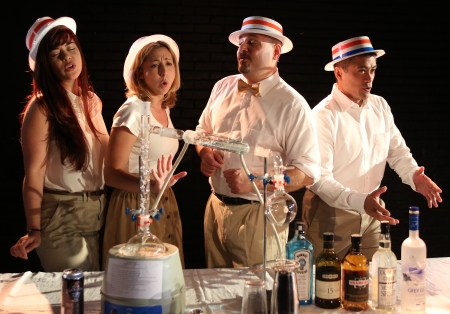 A barbershop quartet sings about alcohol at The Imbible: A Spirited History of Drinking… 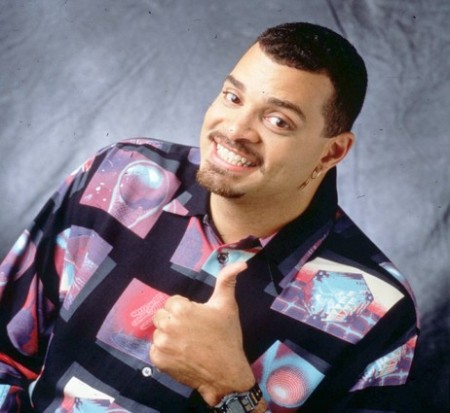 …and Sinbad concludes his headlining run at the Gotham Comedy Club

[TOP PICK] 1:00 pm ($30): There are hundreds of walking tours in NYC, but my favorite so far is this survey of artwork in the New York City subway system. While guide Phil Desiere isn’t in any way a comic, the artwork itself primarily is comedic (and often includes a comic book sensibility). If you’d enjoy having your eyes opened to the whimsical art strewn about heavily traveled NYC subway stations that millions of busy commuters never notice, treat yourself to this 2½ hour expedition happening on Tuesdays, Thursdays, and Sundays at 1:00 pm: New York City Subway Art Tour

6:00 pm ($5): Improv troupes Cronuts, Foxtrot, TJ & Blood, and Group Of Dads At A Bar performing at The Magnet theatre: The Rundown

7:00 pm ($10): Improv duo Katie Hammond & Daniel Tepper make up all the characters in a town on the spot and craft a full-blown musical from that at The PIT upstairs theatre: What Town?: The Musical

[TOP PICK] [$] 8:00 pm ($29): The only FringeNYC show to ever include a barbershop quartet singing about alcohol and three rounds for each audience member (for my full review, please click here) is now playing as a perfect show for a date every Friday & Saturday night at the West Village’s Soho Playhouse (15 Vandam Street, in the downstairs Huron Club): The Imbible: A Spirited History of Drinking

8:00 pm ($10): “A computer beeps at random intervals, might be 2 seconds, might be 10 minutes. Every time it beeps, and only when it beeps, the performers jump into a new scene. What happens when nothing you can do can make the scene go longer nor end sooner? When only this instant is guaranteed?” at The PIT downstairs lounge: /Switch/

8:30 pm ($10): Improv group Women & Men will spin off scenes from the tales of a monologist at the UCB East theatre: Women & Men

[FREE] 8:30 pm: This show-and-tell event encourages you to “bring your weird family photos, demonstrate how many flips you can do in a row, reveal the tattoo your uncle gave you at last year’s family retreat—share anything crazy, kooky, strange or insane; the best of the best will win prizes and bragging rights,” plus stand-up from Sue Smith (VH1’s Best Week Ever), the show’s producer Lukas Kaiser, and more, all at Brooklyn’s Over the Eight (594 Union Ave) hosted by Jimmy LeChase & Niles Turner: Showcasey Jones

[TOP PICK] 9:30 pm ($10): An all-gal improv show mixing women from The PIT’s free improv nights with those on PIT improv house teams at The PIT upstairs theatre: Ladies of the PIT

9:30 pm ($10): There’s no description yet, but I’m guessing this is a comedic game show that pits stand-up comics against each other at The PIT downstairs lounge, hosted by Jenn Welch & Will Neville: The Stand-Up Showdown

[TOP PICK] 11:30 pm ($5): Sketch comedy that aims to have you “laughing until blood pours out of your throat and eyes and you die and you go to hell and you’re like ‘god damn that was worth it!’ to Satan and he’ll be like ‘Yeah, I know, I was there, it was dope'” at the UCB East theatre: O.S.F.U.G. A Fast Fuckin’ Sketch Show

Midnight ($5): Talented comics slap together an entire evening of sketch in one day and then perform it at the UCB Chelsea theatre: Sketch Cram

[FREE] 4:00 pm: An unusually early weekly open mic stand-up show (“starts late enough to sleep off that hangover but ends just in time to begin a new one”), with sign-up at 3:30 pm, at The Creek upstairs theatre in Queens’ Long Island City hosted by Raj Sivaraman & Sam Evans: The Amateur Hour