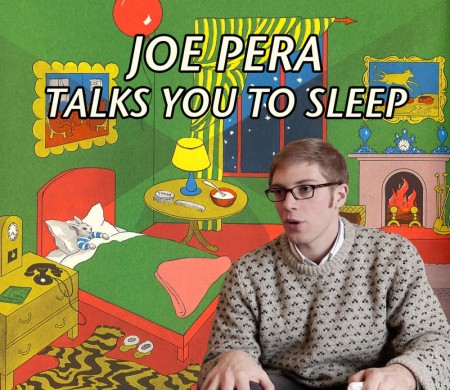 …and at Queens LIC, The Creek kicks off a series of free screenings of banned movies with The Interview

[TOP PICK] [FREE] 1:00 pm: The debut of this new monthly film series devoted to movies your parents forebade you to see or were otherwise banned kicks off with James Franco & Seth Rogen starring in the 2014 comedy that could’ve triggered nuclear war with North Korea at The Creek downstairs lounge in Queens’ Long Island City hosted by Pete Bladel: Banned Films: The Interview

[TOP PICK] 7:00 pm ($5): Joe Pera (hilarious and genius deadpan stand-up; Comedy Central, Adult Swim; for a very special one-minute set at Carolines, please click here; for Joe’s latest Kaufman awards submissions, please clickhere and here) debuts a one-man show—which I’ll be attending, and can hardly wait to see—described as “low-key jokes and calm stories, the performance will be like listening to Garrison Keillor but actually funny but not so funny that you don’t mind falling asleep in the middle; feel free to bring a blanket” at Brooklyn’s The Annoyance Theatre(367 Bedford Avenue; take J/M/Z to Marcy Avenue or L to Lorimer Street): Joe Pera Talks You To Sleep

[$] 7:30 pm ($42 & 2-drink min.): A stand-up who starred in Comedy Central special Can a Brother Get Some Love?, and has been a series regular on Breaking Bad and Adult Swim’s Sperm Whale, headlines one last night at theCarolines Comedy Club: Lavell Crawford

[TOP PICK] [$] 8:00 pm & 10:00 pm ($28 plus two-drink min.): A huge star in South Africa who’s also a correspondent for The Daily Show, and performed on Jay Leno, Chelsea Lately, off-off-Broadway, and at the Edinburgh Festival headlining tonight and Sunday at the Gotham Comedy Club: Trevor Noah

9:00 pm ($5): Three scripted shows for the price of one at Brooklyn’s The Annoyance Theatre (367 Bedford Avenue; take J/M/Z to Marcy Avenue or L to Lorimer Street):

2) An ultra-conservative and an uber-liberal are hosts of a Sunday morning talk show: Pistols at Dawn; and

9:00 pm ($10): Magnet Instructors Louis Kornfeld and Rick Andrews pair together for one night of improvisation as comedy duo Kornfeld & Andrews

[TOP PICK] 9:30 pm ($5): Superb improvisors and guest improv groups join host Skycopter (which includes the incredible David Carl) to make up one-act plays on the spot at The PIT downstairs lounge: Act One

[TOP PICK] [$] 9:30 pm ($22; SOLD OUT, but there might be a standby line if you’re okay with standing): Chicago-based TJ Jagodowski and Dave Pasquesi are a widely acclaimed improv duo performing at The Barrow Street Theatre (27 Barrow Street) tonight and Monday: TJ & Dave

[FREE] 10:00 pm: An open-mic stand-up show (sign up is at 9:45 pm) providing 5 minutes for each comic whose name is pulled from the bucket at The Creek upstairs theatre in Queens’ Long Island City hosted by Christi Chiello:Lance Bass Space Mic