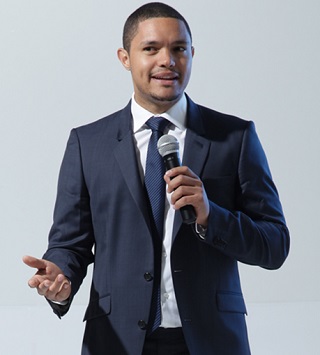 [TOP PICK] [$] 7:30 pm & 10:00 pm ($28 plus two-drink min.): A huge star in South Africa who’s also a correspondent for The Daily Show, and performed on Jay Leno, Chelsea Lately, off-off-Broadway, and at the Edinburgh Festival headlining tonight and Sunday at the Gotham Comedy Club: Trevor Noah

[FREE—plus FREE BEER!] 8:00 pm: Politically incorrect stand-ups compete in this unique show for which each comic performs a set and then has to provide biting commentary on a popular online video. The audience then votes on who was the most savagely funny and has won the right to return the following month. It all happens at The Creek’s upstairs theatre in Queens’ Long Island City hosted by Mike Feeney: On the Offensive

[TOP PICK] [$] 9:30 pm ($22; SOLD OUT, but there might be a standby line for those okay with standing): Chicago-based TJ Jagodowski and Dave Pasquesi are a widely acclaimed improv duo performing at The Barrow Street Theatre (27 Barrow Street) tonight through Monday: TJ & Dave

9:30 pm ($10): “Late one night, two Southern-born gal pals fall asleep while watching Gone with the Wind and find themselves caught in a fever dream! Join them on a journey of epic proportions as they forge through their fusedGone-with-the-Wind-saturated subconscious. Part reconstruction, part deconstruction, and part pop culture nonsense” at The PIT downstairs lounge: Frankie & Sarah’s Gone with the Wind Fever Dream

[TOP PICK] 10:00 pm ($5): A unique musical improv show in which scenes explode into popular songs with with tunes you know but entirely made up lyrics. Instead of an improv pianist, this show uses a DJ spinning karaoke tracks at Brooklyn’s The Annoyance Theatre (367 Bedford Avenue; take J/M/Z to Marcy Avenue or L to Lorimer Street) directed by Philip Markle (Executive Director of The Annoyance Theatre): Happy Karaoke Fun Time!

11:00 pm ($10): Among the rarest and most difficult forms of improv is solo improv. Jason Boxer will attempt to pull this off tonight, creating a story and an entire world of characters on the spot all by himself at The PIT downstairs lounge: A Nice Guy Doing Good Things