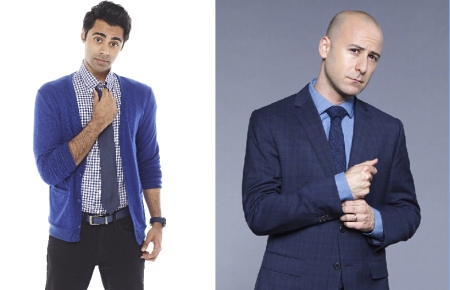 More recommendations for the best in NYC  comedy tonight (in chronological order, with top picks noted and shows over $10 marked with $) include:

7:00 pm ($5): A showcase for two brand new scripted shows—sketch, solo, or what have you—every week at The PIT downstairs lounge produced by the wonderful Ronny Pascale: Pilot Season

[TOP PICK] 7:30 pm ($5): Anna Drezen (superb stand-up who blends jokes with characters, movement, and sketch; author of How May We Hate You; Editor-at-Large for Reductress) interviewed about “that one song she’ll never forget” at Astoria Queens’ QED: A Place to Show & Tell (27-16 23rd Avenue) hosted by Patrick Cartelli & Evan Forde Barden: Repeater: A Little Show About Big Songs

[TOP PICK] [$] 8:00 pm ($20): From the team that created the amazing Hold On To Your Butts (which is happening directly following this show!): Shape-shifting performers Kyle Schaefer, Nick Abeel, and Matt Zambrano, and riveting foley artist/actress Blair Busbee, create live on stage a “shot for shot” parody of the first Lord of the Rings movie, directed by the always wonderfully inventive Kristin McCarthy Parker at The PIT upstairs theatre (123 East 24th Street): Fly, You Fools!

[TOP PICK] 8:00 pm ($5): At UCB East, “James Dwyer is a comedian. James Dwyer is also a Canadian realtor, professional horseback rider, Irish Taekwondo master, among countless other things…becasue as James Dwyer the comedian discovered from a simple YouTube search of his name, there are a fuck ton of other James Dwyers out there. So each month James assembles a panel of comedians with the same problem as him—who tonight are Brian Faas (VH1) and Jackie Jennings (Above Average)— to showcase and discuss YouTube videos they’ve found of ‘themselves’ with the ultimate goal of clarifying This is Not Me