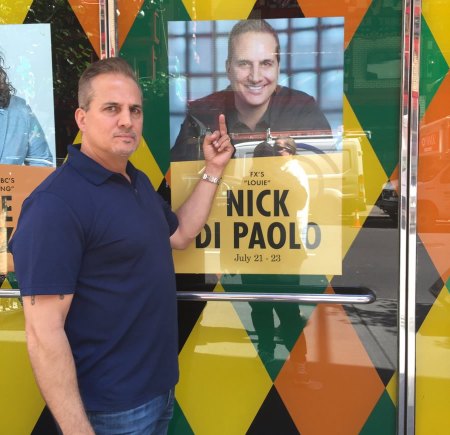 6:15 ($5): In this mini-play written & co-starring Aimée Lutkin, Jaime Lutz, and Erin Fenton, “three sisters must find husbands on the night of Lord Darkcastle’s ball or be doomed to a fate worse than death: spinsterhood” at the UCB Chelsea theatre: The Bride of Murdery Heights

[TOP PICK] 7:00 pm ($5): Six improvisors—including the wonderful Tracy Mull and J. W. Crump—compete for your laughs and votes at this fun improv game show at The PIT upstairs theatre, with this special Champions edition hosted by Jeffrey Mondoro: The Island All-Star Improv Competition

7:00 pm ($5): Peter Michael Marino improvises a soul-baring one-man show inspired by interactions with the audience (and with the help of stellar director Michole Biancosino) at The PIT Loft (154 West 29th Street): Show Up

[TOP PICK] 8:00 ($5): At UCB Chelsea, a sketch show in which “after an unexpected fart shakes the foundation of their marriage, Off-Off-Off Broadway’s favorite married couple decide to separate, sharing custody of their adult son:” ‘Til Death Do Us Fart…

…and in the second half of this double bill, a sketch show written by Zack Philips that includes such superb comics as Langan Kingsley and Jim Santangeli: Fuck Nostalgia

[FREE] 8:00 pm: A monthly showcase of musicians (funny or otherwise) trying out material in a laid-back way at The Creek downstairs lounge in Queens’ LIC (10-93 Jackson Avenue), hosted by Caitlin Cook: Fake Birthday

9:00 pm ($5): Improvisors springboard scenes revolving around a time and place provided by the audience at The PIT downstairs lounge: Meanwhile…

9:30 pm ($5): A musical sketch show about the year 2000 from Carolyn Moore and friends: “Explore the impact of Y2K, MTV, razor scooters, and Pokémon cards on pop culture through song, dance, and a super cool PowerPoint presentation” at The PIT upstairs theatre: Millennium